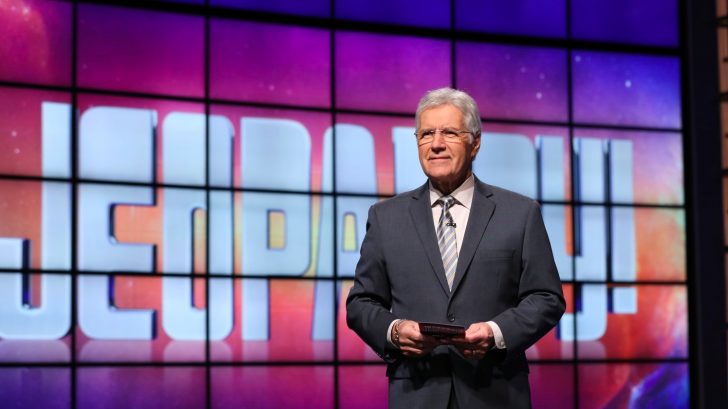 Just days after the legendary game show host passed away, the show has revealed their plans for the final airing of his lengthy run as the face of Jeopardy!.

Alex Trebek revealed in the spring of 2019 that he had been diagnosed with stage four pancreatic cancer. During a television special titled What Is Jeopardy!? Trebek explained that facing his now “closed-ended life” has been difficult.

“Most of us have open-ended lives, we don’t know when we’re going to die. Because of the cancer diagnosis, it’s no longer an open-ended life, it’s a closed-end life because of the terrible statistics, survival rates for pancreatic cancer.”

Trebek’s wife, Jean, said that the hardest part for her is the feeling of helplessness.

“I think for me it’s when I see him in pain and I can’t help him,” said Jean, adding, “And when he doesn’t eat right … when he has too much diet soda,” she added jokingly.

While Alex Trebek had known for some time that he would have to leave the show as his health deteriorated, he only spoke openly about that final day once.

The 79-year-old had been the host of Jeopardy! for 36 years and was scheduled to host until 2022, but, unfortunately, that was not the case. Trebek once opened up about what he had rehearsed for his final day of filming.

“It’ll be a significant moment but I’ve kind of, in my mind, rehearsed it already,” he explained of his final show. “And what I would do on that day is tell the director, time the show down to leave me 30 seconds at the end, that’s all I want.”

“I will say my good-byes and I will tell people: ‘Don’t ask me who is going to replace me, because I have no say in that whatsoever. But I’m sure that if you give them the same love and attention and respect that you have shown me for the past 30, however many years, then they will be a success, and the show will continue being a success.’”

Alex Trebek passed away on November 8th, 2020 at the age of 80 surrounded by family and friends at home.

In an announcement on the official Jeopardy! website, the show penned a long and heartfelt message about their beloved host and longtime friend. They added a video that was a special message to honor Alex and revealed that he had just taped his final episodes just two weeks ago.

According to the message, Alex had recorded 35 additional episodes before he passed and had desired them to be aired as they were recorded – a wish that executives are happy to honor.

“For over three decades Alex brought integrity, humor and intelligence to his duties as host of Jeopardy!,” they wrote. “He taped shows through December 25th, 2020. They will air as he intended, in his honor.”

Of his final episode, Alex Trebek had previously revealed that when the time came, he would close out the episode with one simple sign-off.

“Until we meet again, God bless you and good-bye.”

We are glad to hear that there is much more Jeopardy! featuring the one and only Alex Trebek to come, but our hearts are broken over the loss of such an icon and incredible person.