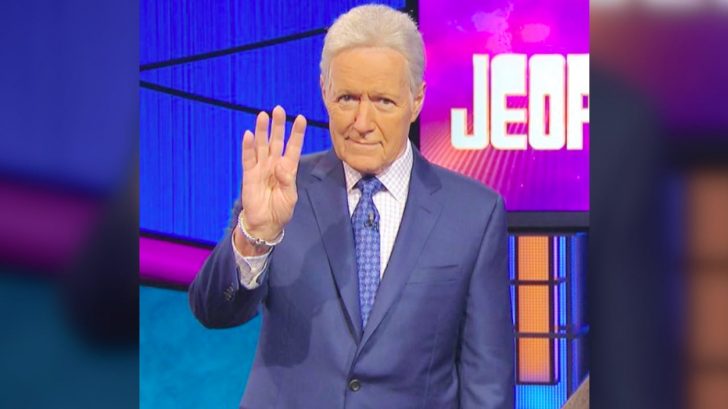 In September, Jeopardy! host Alex Trebek had a discouraging update to share concerning his battle against stage four pancreatic cancer. After wrapping up his first (and what he believed to be his only) round of chemotherapy, Trebek told GMA his “numbers went sky high.”

Trebek’s doctors concluded that a second round of chemo was necessary. He updated Jeopardy! fans through a personal message on the show’s official YouTube channel.

In that message, Trebek assured everyone he would continue to host the show. “As long as I can walk out and greet the audience and the contestants and run the game I’m happy,” he said.

But in a new interview with CTV, Trebek admitted it’s been hard to remain optimistic throughout his cancer battle. He said that one of the hardest parts has been serving as a source of support to people who feel more “despair” about their situations than he does.

“A lot of people are coming to me and looking for help, reassurance, and that’s tough,” he said. He then went on to add how difficult it is to keep “trying to be as optimistic as you can when the other person feels none of that…They feel only despair.”

While Trebek said he isn’t afraid of death, he is afraid that his cancer battle is taking a heavy toll on his family. Speaking about his wife of 29 years, Jean, he said, “One of my concerns is the effect it has on her.”

He is also concerned about his children, 29-year-old son Matthew and 26-year-old daughter Emily.

While Trebek knows he has lived a full life, he does worry about one thing he may miss out on if he passes away…being a grandpa.

“It does bother me that I might pass on before I get to have a grandchild,” Trebek said. He then jokingly spoke to his children, saying, “Hint, hint.”

Today is Alex's birthday! ? Send him your wishes in the comments below!

Even though Trebek is bothered by the fact he may not live to be a grandpa, he’s still knows his life has been a good one.

“I’ve lived a good life, a full life, and I’m nearing the end of that life…If it happens, why should I be afraid of that?” he said. You can hear more of Trebek’s interview by tuning in to the news report below.

Our prayers go out to Trebek and his family as he continues his fight against cancer.