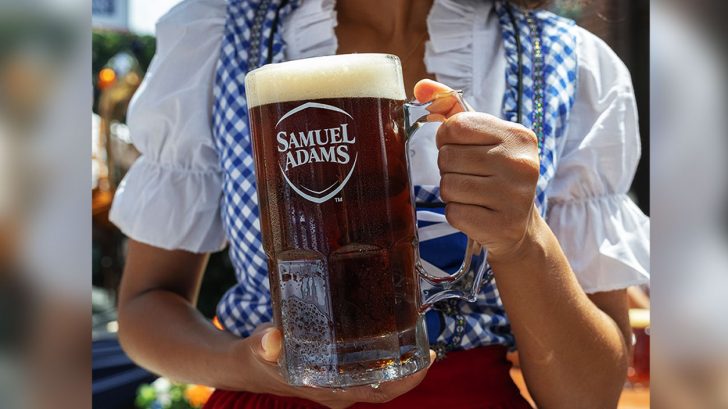 Available starting October 11, 2021, the 12th biennial edition of Utopias was finished on 2,000 pounds of cherries. Quantities are limited, and Samuel Adams typically only brews about 13,000 bottles every other year.

On average the alcohol content of beer is somewhere around the 5% mark. The Utopias beer boasts a whopping 28% ABV. Meant to sip on special occasions, this limited run doesn’t come cheap either. The suggested retail price for Utopias is $240 for a 25.4-ounce bottle.

The alcohol percentage isn’t what drives the price but rather the painstaking time and effort put into making each bottle.

The Utopias is a blend of multiple batches of different beers, some held in reserve and some dating back nearly three decades, aging in wooden bourbon casks. To finish it off, brewers then blended the brew in Carcavelos, Madeira, port, and sherry barrels as well as oak wine casks. Each step is said to provide the beer with many layers of flavor.

Sadly, certain states don’t allow this beer due to its high alcohol content. According to their website, Samuel Adams says,

Curious how it tastes? Watch Alabama Boss give a review of it below!