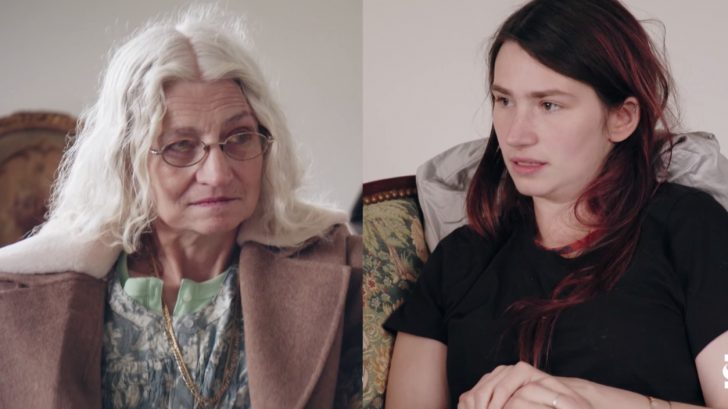 At the intense start of Season 14 of the major hit show, Alaskan Bush People, Amora Snowbird Brown who goes by the nickname Bird, was rushed to the hospital to have surgery to remove pre-cancerous tumors from her ovaries.

According to the doctors, she would also need a hysterectomy to completely remove the chances of a cancerous tumor from growing in the future.

The 27-year-old said she was suffering from stomach pains for about a week before she was taken to the hospital to find out that she had a precancerous tumor that needed to be removed. The cystic tumor was taking over her abdomen and had a lot of fluid surrounding it.

Even though her doctor told her it was not cancer now, she was at risk and there was a 50% chance a cancerous tumor would start to develop. He then told her that the only chance of bringing that down to a 0% chance would be for her to have a full hysterectomy.

Viewers of the show witnessed Bird crying in the hospital bed, with her sisters there supporting her.

“I know that God has a plan,” Bird told the cameras, Reality Tid Bit reported. “As scary as this is, but when looking down and knowing that’s a tumor, it’s hard not to worry about it. I hate to admit but I just can’t quit crying, because I just don’t know anymore.”

Camera crews with the Discovery Channel were not allowed in the hospital at the time due to Covid restrictions, however, her mother Ami Brown, and younger sister Rain Brown were able to capture some footage from their phones.

The footage showed that Bird had two tumors removed, with one of them weighing eight pounds. Her doctors have not removed her uterus and ovaries at this time, however, if she chooses to continue with the hysterectomy, she will not be able to have children in the future.

Alaskan Bush People fans flooded the show’s Instagram page after the episode aired to send Bird nice comments and wishes to get well.

“Such a hard choice for a young woman to have to make. Sending prayers,” one person wrote.

“Prayers and love to Bird!! This happened to me and my daughter. Keep your head up! Your dad is watching over you,” another commented.

“Very heartbreaking episode. Praying for her health and the doctors guiding her through this hard time,” another wrote.

You can watch Season 14 of Alaskan Bush People on Sundays at 8 p.m. EST on Discovery and it’s also available for streaming on Discovery+.

Watch the tough conversation Bird has with her mother Ami in the video below.