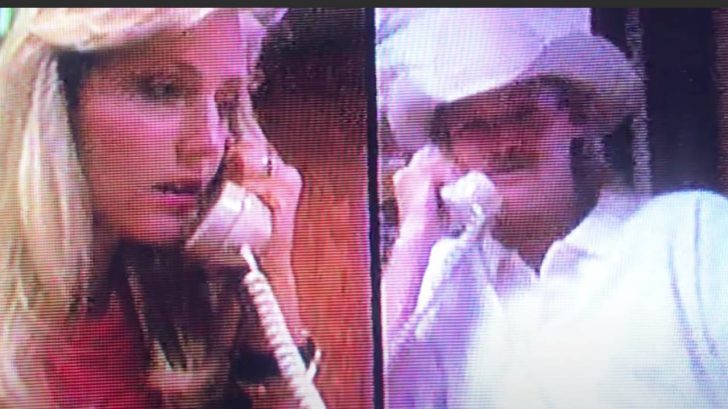 Back in the 90s, a popular show on TNN, or The Nashville Network, was called Crook & Chase. The show was hosted by Lorianne Crook and Charlie Chase and focused mostly on country music and their many guests. TNN became Spike TV, which eventually rebranded into Paramount Network.

5 Years from now, almost everything will be on a streaming service and the only show left on T.V. will be reruns of CROOK & CHASE. pic.twitter.com/wvak7yhzyK

During one of their classic “Funny Business” segments, they had Alan Jackson come in to their offices TNN office, where they set up several hidden cameras. While he was waiting, they had a TV on with a “live” episode of Crook & Chase playing on it. The “live” episode was actually fake and filmed the day prior!

Crook revealed on the show that they had just heard that country singer Alan Jackson booked a movie role and that there will be not one, but two nude scenes. Of course, this wasn’t true!

At first, Alan wasn’t paying attention to the Tv until he heard his name. Once she said the news about Alan’s movie deal, he admitted it was the first he heard about it. And then once the nude scene reveal was dropped…he started cracking up!

To make things worse, the big TNN boss walked in to talk to Alan about the movie and nude scenes. He looked horrified that he knew about it! And then to top things off, Alan’s wife, Denise, called him from the lobby to say she just saw the show and didn’t know about the movie role and gave him hell for it. But, she was in on it of course.

Eventually Charlie Chase came out and revealed it was all a hidden camera prank!

See the full prank below.