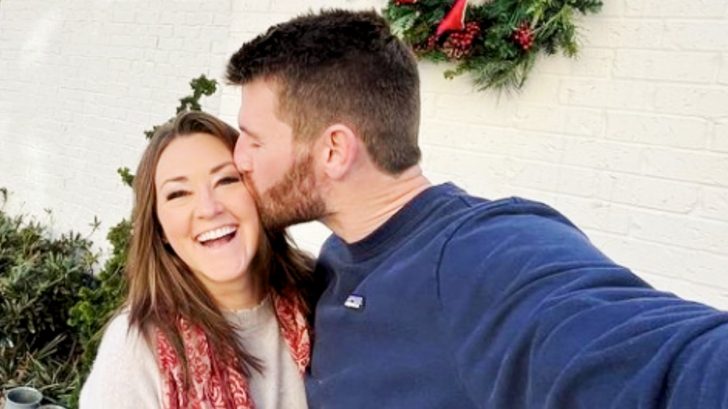 Alan Jackson‘s eldest daughter, Mattie, became a widow at the age of 28. Her husband, Ben Selecman, died in 2018 after he slipped and hit his head while helping people onto a boat in Florida.

Mattie and Ben had been married for less than a year at the time of Ben’s death.

After Ben passed away, Mattie cofounded the organization NaSHEville with her friend Brooke Tometich. The organization helps several groups of people, including widows.

In November 2021, Mattie released a book about Ben’s death and how her faith helps her cope with her grief. The book is titled Lemons on Friday.

Mattie and Alan also co-wrote a song to accompany the book, called “Racing the Dark.” Alan recorded the song and released an official lyric video for it.

Now, over three and a half years after Ben’s death, Mattie has found love again.

In a post she shared on Instagram on Thursday (April 14), Mattie introduced her new boyfriend, Connor. She explained how they met, revealing that he’s the brother-in-law of one of her closest friends:

“Six months ago today I met one of my best friend’s brother-in-law[s] for happy hour with no expectations besides a little fun,” Mattie said. “Well, four hours later, drinks turned to dinner, and from that day til now, he has been one surprise after another.”

Mattie said she prayed for the longest time she’d one day get the chance to love someone again:

“I have believed, prayed, and claimed for 3 and a half years now that God would give me the chance to love someone with my whole heart again. Other dear widow friends assured me that my heart could heal and expand to love two people equally, though differently. And I hoped so desperately that would really be true.“

It turned out to be true for Mattie, as she says Connor is “more of an answer to prayer” than he realizes. She then went into detail about the type of person he is:

“Beyond his playful, generous, childlike spirit…he has this wonderfully tender heart that I didn’t even know I needed. Empathy, intentionality, and encouragement are his default mode, and not for a minute have I been anything but unapologetically myself. I couldn’t imagine anyone holding my losses and my dreams, my faults and my faithfulness, my sarcasm and my crazy competitiveness – shoot, every single part of who I am and what I’ve gone through – with such respect and appreciation and honor.“

Mattie expressed how grateful she is that she went to that happy hour meeting six months ago. She closed her post by telling Connor she loved him and saying, “...I can’t wait to see what this new chapter holds.”

Look below to read Mattie’s post introducing Connor to the world. She also shared several photos of the two of them together.

We’re so happy for Mattie, and wish her and Connor the best.