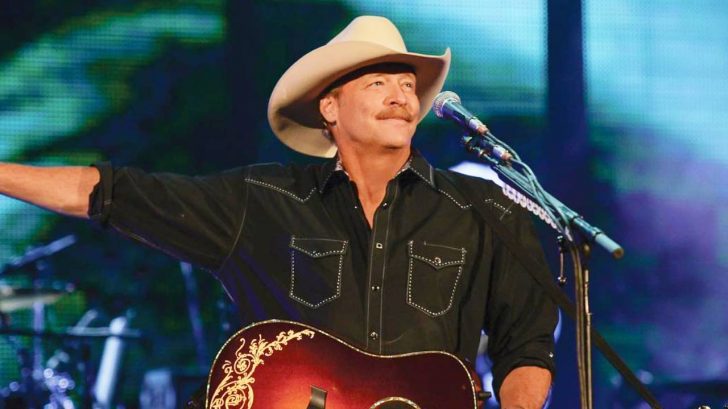 Throughout his 30+ year career, Alan Jackson has sold over 77 million albums worldwide, has appeared on the Billboard charts 66 times, reaching the top five 38 times and the number one spot 35 times.

The Country Music Hall of Famer has performed live countless times in the last few decades and is rarely, if ever, seen without his cowboy hat.

2020 Tour dates kick off this weekend in Cincinnati, OH and Columbia, SC!
Let us know where we'll see YOU in 2020!

The only times he’s been photographed without a hat – cowboy or baseball – has been when he has taken it off to “say something or wave goodbye.” See him take his hat off towards the end of his performance at George Jones’ funeral below.

While it is now a trademark look for the singer, he actually started wearing a cowboy hat because he was self-conscious about a scar.

He told GQ in 2018, “I tell you, I started off really when I was a teenager. I had a—and I still have it—a big scar on my forehead from when I ran through a glass door when I was little. And I was always self-conscious, so when I started singing in high school it kinda bothered me. It was bigger and bolder then; I guess it’s kinda worn down over the years. I first started wearing a hat when I was about 17, my old brown cowboy hat. That’s the hat I wore to Nashville when I came.“

He loves his cowboy hats so much that he now can shape them himself! Check out a video of Jackson’s first TV appearance in 1986, seemingly wearing his “old brown cowboy hat” he mentioned in the interview!