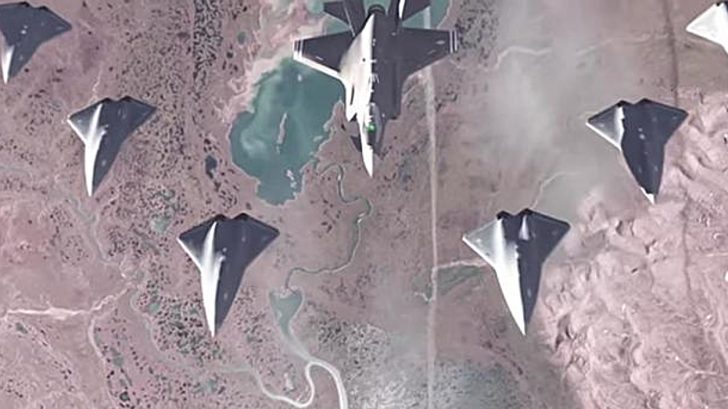 The Air Force has announced they will be conducting an aerial combat demonstration next year pitting an airman in a fighter jet against a humanless drone.

First of a kind aerial duel–pilot v robo-pilot: The USAF hopes to pit an autonomous drone piloted by an AI-driven flight control system against a fighter jet w/ a human pilot in little over a yr. (D) https://t.co/r6zdDjCEG9

Lt. Gen. Jack Shanahan who is head of the Pentagon’s Joint Artificial Intelligence Center said that the Air Force Research Lab is developing an “autonomous system to go up against a human, manned system in some sort of air-to-air” test in July 2021.

He gave a speech during a Mitchell Institute event and Lt. Gen. Shanahan said the test will be an indication of which direction the Air Force is growing towards.

Dr. Will Roper, the assistant secretary of the Air Force for acquisition, technology, and logistics team was aked how the test fits into the service’s larger drone enterprise. He believes drones are the next generation airpower.

“The drones we’re exploring are this ‘next thing’ that make a ton of sense to put on top of your stealth [fighter] advantage. It can be a sensor for you, it can be a jammer for you, it can be a shooter for you,” Dr. Roper said during a video chat, also hosted by the Mitchell Institute. “It’s detecting for you … and all the other things your imagination could dream up, that’s what we’re dreaming up.”