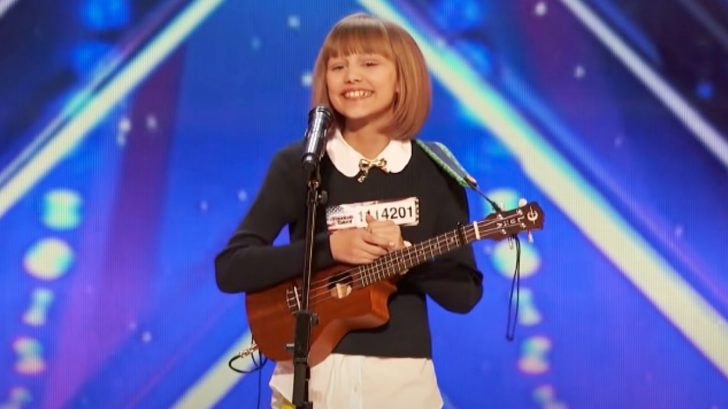 Grace VanderWaal received Howie Mandel’s Golden Buzzer during the auditions for Season 11 of America’s Got Talent in 2016. Simon Cowell was also impressed with her talent, and compared the young singer to Taylor Swift.

VanderWaal was eventually named the winner of the season. She was only 12 years old at the time, and still holds the record for being the youngest AGT winner in history.

Since winning AGT, VanderWaal released an album and two EPs. She also starred in the 2020 Disney+ original film, Stargirl. She reprised her role in the sequel, 2022’s Hollywood Stargirl.

VanderWaal is now 18 years old. During a recent interview with E! News, she spoke about her experience growing up in the spotlight.

She said her childhood stardom resulted in some “mental repercussions.”

“Looking back, I have definitely faced the mental repercussions of that growing up,” she said. “I feel like I’m still struggling…I feel like I keep learning about how to take care of myself better and my biggest thing recently is just acknowledging your triggers. Staying in your pajamas all day—that’s gonna make me depressed. Let’s get up, get dressed.”

VanderWaal also spoke about the criticism she received when she was younger, and how that impacted her:

“I’m human and obviously things hurt sometimes,” she said. “I feel like I’ve been doing this for so long that you get desensitized to hate online. I went through a ton of hate online when I was really young. I’m happy it happened though because it prepared me for this life.“

It’s a life that VanderWaal is continuing to fill with music. She just released a new song, titled “Lion’s Den,” earlier this year.

Head below to watch a video of VanderWaal looking back on her time on AGT. It’s hard to believe that six years have passed since she won the show!