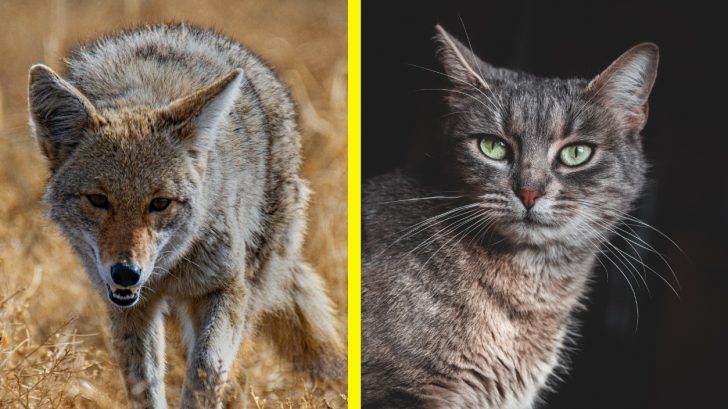 When a coyote and a cat have a face-off, it’s natural to assume that the coyote will come out on top. On one chilly early morning in Port Moody, British Columbia, this wasn’t the case.

A member of the Port Moody Police Department noticed some unusual activity near a parked car around 4 am, and started recording. The officer was surprised to see a cat and a coyote chasing one another in circles around the car.

Even more surprising: the cat was the one initiating the chase. After a few seconds on the move, the coyote took off, and the cat continued chasing to ensure the canine didn’t come back.

Sometimes, coyotes bait cats and lead them away from a safe area to another area where more coyotes are waiting. Thankfully, officers checked to ensure that this wasn’t the case — the fearless feline was perfectly safe after the chase.

Many people in the area see coyotes regularly. Local law enforcement agencies have told locals that coyotes aren’t usually aggressive, but it’s important to pick up children and pets (and keep them indoors) in the event that a coyote is sighted.

Check out the full video below!