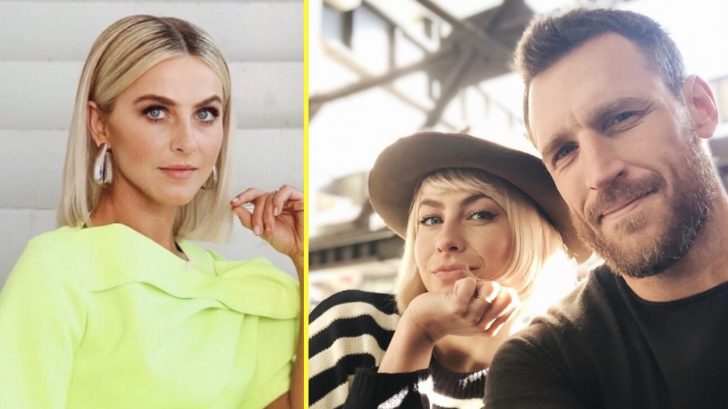 In 2019, they celebrated two years of marriage, but Julianne Hough revealed in an interview with Women’s Health Magazine that she just dropped a bombshell on her husband.

Professional dancer, singer, actress, and one-time America’s Got Talent judge graced the cover of Women’s Health‘s annual “Naked Strength” cover, and she bared it all – physically and emotionally.

& it’s just the beginning… ✨ To learn more about the conscious decision I made to be on @womenshealthmag #nakedstrength cover, head over to @kinrgy where I will share more on the transformational journey I have been on this past year and how I got to where I am now spiritually, mentally and physically. Head over to @kinrgy and join the movement! ?: @brianbowensmith

In the interview, she revealed that four months after she wed former professional hockey player Brooks Laich, she began a “massive transformation.”

She said, “I was connecting to the woman inside that doesn’t need anything, versus the little girl that looked to him to protect me. I was like, ‘Is he going to love this version of me?’ But the more I dropped into my most authentic self, the more attracted he was to me.”

As she became her most authentic self, the couple began to have a more intimate relationship, which allowed Hough to finally open up to Laich about her sexuality.

Things are heating up! ?? Today, I am on my love’s podcast @howmenthinkpodcast and it. gets. REAL. I can’t think of a better way to spend our 2 year wedding anniversary than to talk about the intimate details of our relationship for the world to hear. ? Love you babe! ? Click the link in bio to listen!!

She said the way she told her husband was by saying, “You know I’m not straight, right?”

Since “unpacking” all of this, Hough said there’s a new sense of safety with her husband.

“There’s no fear of voicing things that I’ve been afraid to admit or that I’ve had shame or guilt about because of what I’ve been told or how I was raised,” she said.