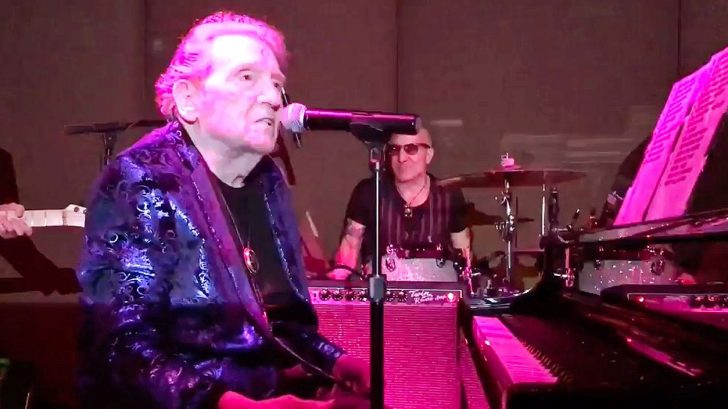 At the age of 83, one of the biggest musical sensations from the 50s rock and roll era suffered a stroke – and many worried that it would have significant health effects on him for years to come. Others even wondered if he would be able to recover.

An icon known for his hits like “Whole Lotta Shakin’ Goin’ On,” “Great Balls of Fire,” and “High School Confidential,” Jerry Lee Lewis was a pioneer during one of the most memorable parts of musical history.

Along with the likes of Elvis Presley, Lewis made some of his very first records at the famous Sun Records studio in Memphis, Tennessee. His first single “Crazy Arms” sold more than 300,000 copies in the South before “Whole Lotta Shakin’ Goin’ On” really skyrocketed his career to new heights.

While Lewis has had incredible success in nearly every single genre he’s tried his hand at, it’s his unforgettable early years and hit song “Great Balls of Fire” that reminds us how lucky many are to have grown up with a legend like Lewis still producing new music.

Last night, Jerry Lee Lewis suffered a minor stroke. He is with his family, recuperating in Memphis and the doctors…

Back on the first of March 2019, a rep for Jerry Lee Lewis took to social media to inform fans that he had suffered a stroke – and luckily it was a minor one.

Now, just over three months later, Lewis has left the medical rehabilitation facility where he’d been working toward a full recovery. WCMA Action News 5 reporter Joyce Peterson shared a sweet photo of Lewis and his wife Judith at home after leaving the facility.

After 3 months in rehab following a stroke, 83-year-old Jerry Lee Lewis (seen here yesterday w/wife Judith), is now back home. His publicist says The Killer will soon be in the studio recording a new gospel album. https://t.co/ZcjNWQKhNk
?: Jim Hagmaier pic.twitter.com/PvVw7kKxf5

“After 3 months in rehab following a stroke, 83-year-old Jerry Lee Lewis (seen here yesterday w/wife Judith), is now back home. His publicist says The Killer will soon be in the studio recording a new gospel album,” Peterson wrote.

His publicist, Zach Furman, told People Magazine in a statement that “he is right on track to be back on stage soon and will be heading into the studio in the next couple of months to record a Gospel record. The Killer wants to express his continued appreciation to his fans across the world for their continued thoughts and prayers.”

We can’t wait to see Lewis back on stage when he’s ready and we continue to pray for him and his recovery.