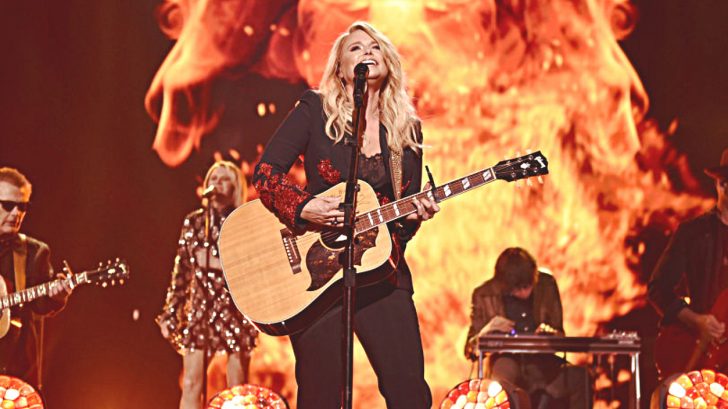 Even though Miranda Lambert‘s 2016 double album The Weight of These Wings contains 24 tracks, she was in no rush to release them as singles. Long before the album ever debuted, Lambert released its first single, the reflective and raw “Vice.” A second single, “We Should Be Friends,” followed in December 2016, about a month after the album was released.

Both of those two singles earned the music video treatment, while Lambert’s third single, “Tin Man,” did not. Granted, Lambert did post an unplugged rendition of the song to her YouTube channel, but that was the only video it got.

Since “Tin Man” went without a music video, that makes the one for “We Should Be Friends” Lambert’s last. And it was released in February 2017.

Since “Tin Man” never got a video, fans were more than anxious to see a new one from Lambert. Finally, their hopes were given a bit of a spark when Lambert revealed her intentions to release “Keeper of the Flame” as the fourth single off of The Weight of These Wings.

Written by Lambert, Natalie Hemby, and Liz Rose, “Keeper of the Flame” is Lambert’s way of recognizing the great artists of the past. Now that country music has entered a new era, she sees herself as being the torchbearer for those who came before her.

Lambert has been singing the song in her concert sets for some time, but the general public was introduced to it for the first time at the 2018 ACM Awards. Her performance of the song earned immense praise, and was hailed as one of the best of the night.

Since the song was so well-received, fans were waiting for her to release a music video for it. She made the much-anticipated announcement on Monday (May 29) when she shared a teaser clip of the full video.

Even though the teaser clip is only a few seconds long, you can already gather an idea of what the video will be like. It seems like it was shot during the course of her recent Livin’ Like Hippies Tour, as the clips show her getting out of her trailer and performing at concerts.

Considering the fact that Lambert kicked off her year with a tour, it makes perfect sense why she’d celebrate her first music video in over a year by having it capture memories from that tour!

You can go ahead and get a taste of the new “Keeper of the Flame” video below. The full thing debuts on Wednesday (May 30), and we can’t wait to see it!