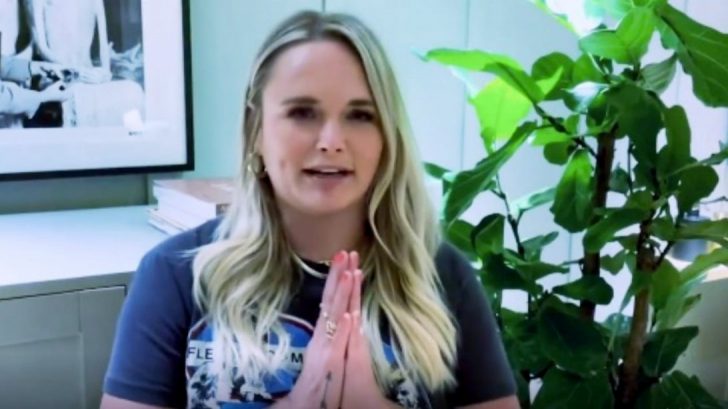 On Monday, March 7, the Academy of Country Music held their annual awards show. It was held at Las Vegas’ Allegiant Stadium and hosted by Dolly Parton, with help from her co-hosts Gabby Barrett and Jimmie Allen.

Before the ceremony even started, Miranda Lambert had already taken home an ACM Award for Video of the Year for her duet “Drunk (And I Don’t Wanna Go Home” with Elle King.

At the very end of the ceremony, Dolly Parton was tasked with announcing Entertainer of the Year…and it went to Miranda Lambert! Watch her accept the award via video which was put up on the big screens for everyone to see.

Unfortunately, she was absent from the show for the first time in 17 years because she is one of the headliners of the Country 2 Country music festival in London, which is from March 11-13. Lambert will headline the first night of the festival, so she was in London to prepare for the performance.

Two days after her very first Entertainer of the Year win, which now makes her an ACM Triple Crown winner, Miranda dropped a social media post alluding to something big in the works. “Times like these make me feel strange…Tomorrow morning,” she wrote.

On the morning of Thursday, March 10, Lambert revealed what the big news was…she is releasing a new album! Titled Palomino, the album will her ninth solo studio album and will be released on April 29th.

Along with the cover art, Lambert wrote that the album will take fans “on a journey through songs. I hope y’all are ready to travel with us wandering spirits and meet some cool characters with great stories.”

She also revealed that the first song, “Strange,” is available now! And if the new album is anything like the song, we’re in for a treat.
Take a listen to “Strange” below.