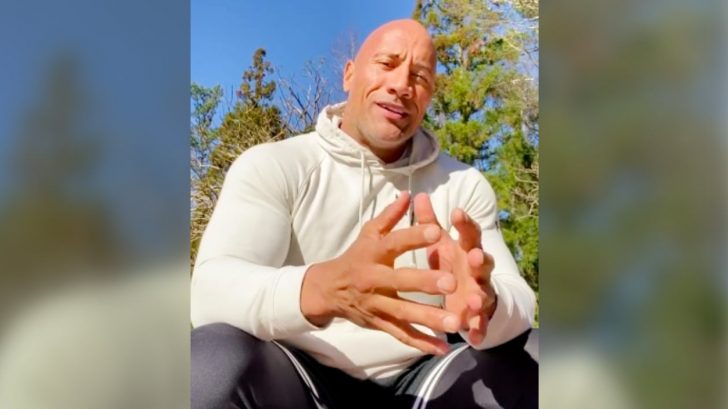 On January 15, the WWE shared the news that Hall of Fame wrestler Rocky Johnson had passed away at the age of 75. Rocky was the father of wrestler and actor Dwayne “The Rock” Johnson, who respected him greatly.

The Rock remained silent for a while after the initial news of his father’s death went public. He then broke his silence with a lengthy social media post that celebrated his father’s influence and spirit:

“You lived a very full, very hard, barrier breaking life and left it all in the ring.
I love you dad and I’ll always be your proud and grateful son.
Go rest high.”

I love you. You broke color barriers, became a ring legend and trail blazed your way thru this world. I was the boy sitting in the seats, watching and adoring you, my hero from afar. The boy you raised to always be proud of our cultures and proud of who and what I am. The boy you raised with the toughest of love. The intense work. The hard hand. The adoring boy who wanted to know only your best qualities. Who then grew to become a man realizing you had other deeply complicated sides that needed to be held and understood. Son to father. Man to man. That’s when my adoration turned to respect. And my empathy turned to gratitude. Grateful that you gave me life. Grateful you gave me life’s invaluable lessons. Dad, I wish I had one more shot to tell you, I love you, before you crossed over to the other side. But you were ripped away from me so fast without warning. Gone in an instant and no coming back. Im in pain. But we both know it’s just pain and it’ll pass. Now I’ll carry your mana and work ethic with me, as it’s time to move on because I have my family to feed and work to accomplish. Finally, I want you to rest your trailblazing soul, Soulman. Pain free, regret free, satisfied and at ease. You lived a very full, very hard, barrier breaking life and left it all in the ring. I love you dad and I’ll always be your proud and grateful son. Go rest high. #ripsoulman #rockyjohnson ?

A couple days later, The Rock chose to address his fans in a nearly eight-minute video he posted on social media.

In the video, he explained the reason why his father passed away so suddenly. This news was not shared in the initial reports about Rocky’s death.

The Rock said his father developed a blood clot that eventually broke free, traveled to his lung, clotted there, “…and he died very quickly from a massive heart attack, just like that.”

Of course, The Rock was concerned that his father would have been in terrible pain in his final moments. But he says that was not the case. “…He went quick. That’s my old man, he was always quick,” he said.

Happy Father’s Day to this hardly ever smiling OG bad ass. Little boys by nature, look up to and idolize their old man. They want to be just like em, do whatever they do and are always looking for their approval. Funny thing is the day I stopped looking for that approval was the day I understood what it meant to be man and more importantly, a father. That shift lifted me to a new level of gratitude for the tough love he always gave. Years later as a man and father of three girls, I know that tough love, is a helluva lot better than no love at all. I’ll take it. It’s made me who I am today. Grateful to the original Rock. #HappyFathersDay #KingStache #RockyJohnson

Getting emotional, The Rock then spoke to his fans, and encouraged them to show their love to the people they care about. He issued what he called “marching orders,” telling everyone listening to give their loved ones a call, a visit, and a hug:

“Text them. Call them. Go see them, if they’re close by and if you can hug them, I want you to hug them. You tell them that these are the marching orders from Dwayne Johnson who just lost his old man. But you hug them and you hug them hard.”

We’re sure The Rock wishes he could share one more hug with his beloved father. You can tune in below to watch his full video addressing Rocky’s death.

Our hearts and prayers go out to The Rock and the entire Johnson family during their time of grief. May Rocky rest in peace.

My family and I thank you ??♥️ Go hug your loved ones hard, while you still can. I love you. DJ #ripsoulman