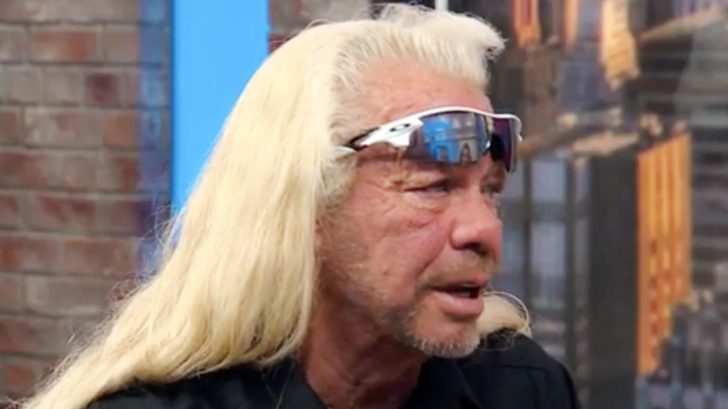 Two months after his beloved wife Beth Chapman’s death, Duane “Dog” Chapman is opening up about his life with her. The bounty hunter and television personality sat down with People Now and spoke candidly how he and his family are doing since her passing on June 26.

Beth is survived by four children: Bonnie Chapman, 20, Garry Chapman, 18, Dominic Davis, 34 (Beth’s son she gave up for adoption when she was a teenager, who she found and had a relationship with), and Cecily Chapman, 26 (Beth’s daughter with her ex-husband whom Duane adopted).

She also had a relationship with Duane’s two children from his first marriage, Duane Lee and LeLand. They worked at Beth and Duane’s Da’Kine Bail Bonds in Hawaii and appeared on their television shows throughout the years.

Duane stopped by Fox & Friends this week, and when asked, “How can you go on?” he answered without skipping a beat, saying, “In her name.”

Even though he’s finding a way to go on each day, he revealed to People Now that it’s been pretty difficult for their kids.

“Each one copes differently, there is a few that really barely making it,” Duane said. “We don’t know what to do. We haven’t read, we weren’t prepared. I lost my mother first, and when my mom passed away, I’m like, ‘I wish dad would have died first, you know, ’cause I love my mommy.’ So I went to them and said, ‘I’m so sorry that I didn’t die first and mom did.'”

What a powerful statement. Throughout the interview, Dog got choked up a few times. Watch his full interview with People Now below.