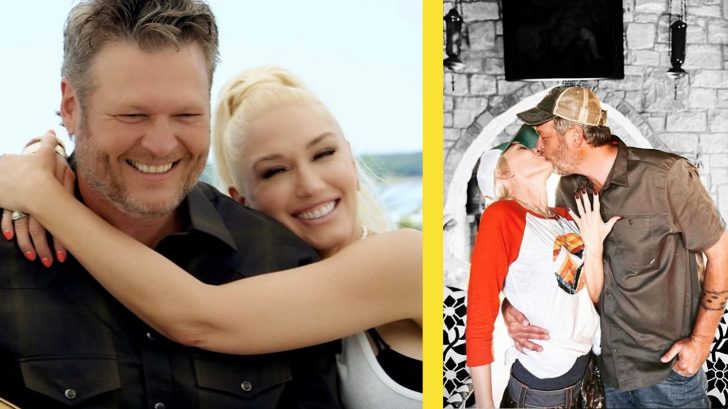 Dating since 2015, this country music superstar and his famous girlfriend have finally decided to tie the knot!

Blake Shelton and Gwen Stefani have been dating since right around Halloween 2015 – after both of them had ended their previous marriages earlier that year. The pair first met on the set of The Voice, but it wasn’t until they were each going through similar divorces that they really connected and formed an inseparable bond.

We’re back THIS Monday! While we wait, let me hear some of your best @NBCTheVoice coaching advice… not that I need it ? #TheVoice #TeamBlake pic.twitter.com/xDQlC3cFxP

Now, five years after they began dating, the two are back on the set of The Voice for 2020’s fall season and they are more in love than ever before!

For years, both Blake and Gwen have been coy about their plans for marriage again and have dodged the question many times during interviews and appearances.

Now, it appears, Blake Shelton has finally decided it’s the right time to ask for her hand in marriage – and she said yes!

In a post to social media, both Blake and Gwen shared a cute photo of a kiss between them with her hand sporting a giant ring held up for the camera to see.

Blake captioned the adorable post “Hey @GwenStefani thanks for saving my 2020…And the rest of my life…I love you. I heard a YES!”

No further details have been announced, but we are thrilled for this happy couple and their amazing announcement!

Hey @gwenstefani thanks for saving my 2020… And the rest of my life.. I love you. I heard a YES! pic.twitter.com/mAgbbUtSlx