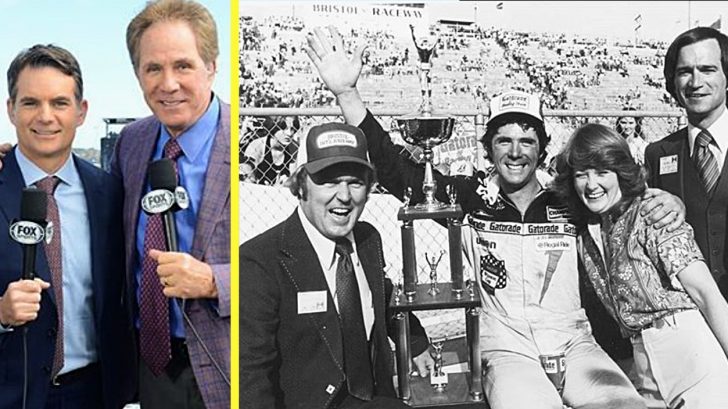 A fully-vested NASCAR legend, Darrell Waltrip has had no shortage of amazing moments throughout his 29-year career behind the wheel – and equally, during his nearly 20 years as a sports analyst for the sport he’s always known.

But, while the world has long grown accustomed to his familiar face either gracing the winner’s podium or the TV screen, it appears that he is making a huge change…

Waltrip, who is the older brother of fellow NASCAR driver Michael Waltrip, has been a part of motorsports history for the better part of 50 years and has come to be known as one of the most-seasoned NASCAR analysts in his later career.

And now, a quick word from Darrell Waltrip…

The 2000 season was announced to be Waltrip’s final behind the wheel and he finished at 36th in points that season before revealing that he wouldn’t be walking away from the track entirely.

During the historic 2001 Daytona 500, Waltrip had moved into the broadcasting booth for Fox Sports and had to witness his close friend and fierce competitor, Dale Earnhardt Sr.’s fatal crash. While a tragic event, it didn’t deter Waltrip from continuing on in his newfound broadcasting career.

Throughout the following 19 years, Waltrip developed his very own broadcasting style and language that he has become well-known for and even was nominated for a 2007 Daytime Emmy for “Outstanding Event Analyst.”

Truly, Waltrip’s success on the track was only a precursor to the success he’d find in the hearts of NASCAR fans everywhere after moving into his new role.

"He made it look so easy because it was so seamless."

Now, at the age of 72, Darrell Waltrip is making a full-on retirement from it all. And he called it “the hardest thing [he’d] ever had to do.”

In a news briefing at Tennessee’s Bristol Motor Speedway on April 4th, 2019, Waltrip sat down with reporters and announced his retirement from broadcasting and delivered an emotional statement that had everyone in the crowd cheering him on.

“My family and I have been talking this over the past several months, and I’ve decided to call 2019 my last year in the FOX Sports booth,” Waltrip said in a press release. “I have been blessed to work with the best team in the sport for the past 19 years, but I’m 72 and have been racing in some form for more than 50 years. I’m still healthy, happy and now a granddad, so it’s time to spend more time at home with my family, although I will greatly miss my FOX family.”

We are very sad to see Darrell Waltrip exit the broadcasting booth and his very unique personality that brought equal parts information and entertainment to sports broadcasting will be missed dearly.

Watch this wonderful video below where Mike Joy takes a look back on Waltrip’s incredible career.

Sundays won't be the same without you, DW. Mike Joy looks back on Darrell Waltrip's career. pic.twitter.com/3s2xqtAyRH