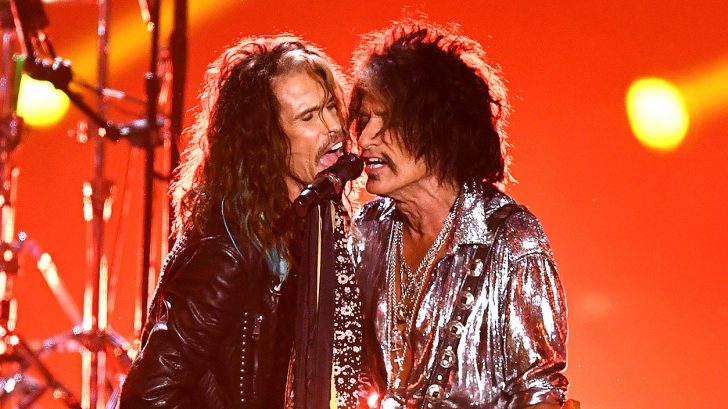 Some would call the MTV Video Music Awards an iconic awards show. It’s no Grammys, but it celebrates what MTV was known for back in the heyday – music videos. While some people might think music videos are a dying art, many artists’ careers wouldn’t be the same without them.

The Video Music Awards, or VMAs, began in 1984 and have provided some iconic moments throughout its tenure. While country music isn’t well-represented at the VMAs – it doesn’t even have its own category – rock, on the other hand, is.

Aerosmith, who have made headlines recently with their Las Vegas residency announcement, have won 10 VMAs from 36 nominations between 1988-2001. Their biggest win was in the all-genre Video of the Year category in 1994 with “Cryin’.”

For the first time in almost 20 years, the Rock n’ Roll Hall of Fame-inducted band returned to the VMAs to deliver another iconic performance – but didn’t tell anyone!

There were rumors about the appearance, which TMZ reported earlier in the day before the awards show, but the band had never confirmed anything until they walked the red pink carpet that night!

The last time they performed at the VMAs was in 1999 with Kid Rock and Run DMC. They performed the hit song “Walk This Way,” which was what they were rumored to perform on Monday night (Aug. 20).

Well, only part of these rumors were true – they did make a surprise performance, but they didn’t sing “Walk This Way.”

Rapper Post Malone kicked off the performance with his song “Rockstar,” which won him the award for Song of the Year, and after a few bars of that, he introduced some legendary rockstars that were joining him – Aerosmith!

Steven Tyler, Joe Perry, and gang immediately dove into “Dream On,” as Post Malone grabbed an electric guitar to jam with them. They transitioned into the hard-rocking song “Toys In The Attic,” and during which, Perry walked up to a speaker and jammed his guitar into it – something that Rolling Stone called a “personal nod to the VMAs.”

The publication’s reasoning behind this was that this was “reminiscent of the way Tyler broke through a wall with his mic stand in their classic ‘Walk This Way’ video.” No matter the reason behind Perry’s decision, it was the most rock n’ roll thing the VMAs have seen in a long time!

Watch the epic performance in the video below, and you’ll understand why they closed out the show!