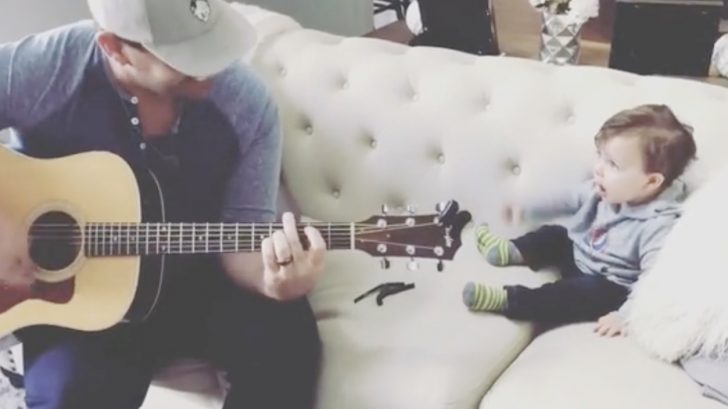 In 2003, the world was introduced to Josh Gracin, thanks to the then-relatively new show American Idol. Only in its second season, Gracin auditioned when he was 22 years old and serving in the United States Marine Corps.

He wowed the judges with his incredible tonality, and ability to sing both pop and country with songs like “I’ll Be,” “Ain’t Goin’ Down (‘Til The Sun Comes Up),” and “Amazed,” just to name a few.

He placed fourth, but he didn’t let that become the end of his music career.

Not long after his time on American Idol, Gracin released his self-titled debut album, which included the single “Nothin’ To Lose.” His debut single was actually “I Want To Live” and that reached the Top Five, but “Nothin’ To Lose” became his very first number one on the charts.

The catchy, high-tempo country hit set the tone for Gracin’s next few singles, which all notched near the Top 25.

In recent years, Gracin has released an EP and recorded more new music, one song being “Bye Felicia.” While it wasn’t included on his 2017 EP Nothin’ Like Us: Pt. 1, he is really proud of it, calling it his best song since “Brass Bed,” which fans noted is hard to beat!

Just got the mix back for "Bye Felicia" I can't wait for this to be available for you guys!! This is by far my best song, since Brass Bed!

Not only has he released new music as of late, he’s also gotten married to his wife, Katie, and become an uncle to their sweet nephew, Jacob!

Happy anniversary @joshgracin! Can’t believe it’s already been a year since we tied the knot. So thankful that God brought us together. I can’t wait to spend forever with you. I love you!! ❤️ #thepinkbride

nashville zoo with our sweet nephew ❤️ we love you jake!

It seems Jacob is just as big a fan of his uncle’s music as we are! He was treated to a private performance of “Bye Felicia” and couldn’t help but dance and sing along, and it really is the cutest thing ever!

Gracin played guitar and sang on the couch, and Jacob sang at the top of his lungs and danced along to the catchy beat.

Watch the cute moment in the video below.

Well it looks like someone else likes “Bye Felicia”