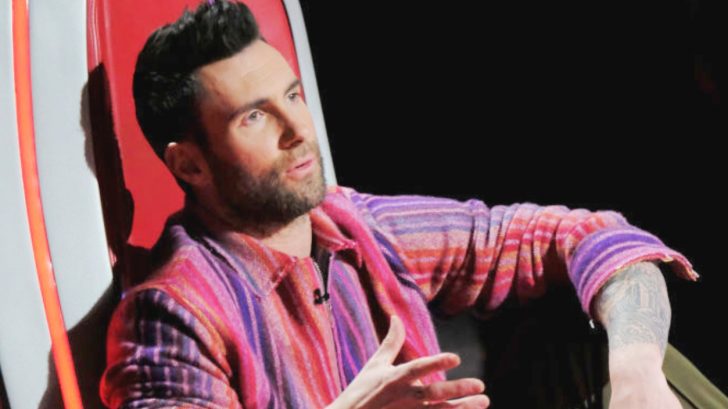 The Voice had some tough work to do on Tuesday night (December 4), as it looked to narrow its group of top ten contestants down to the top eight. As a result, two talented vocalists were sent packing in what may be the most dramatic elimination of the season.

Toward the end of the show, Team Blake‘s Dave Fenley and Team Adam‘s DeAndre Nico were revealed to be two members of the bottom three. They competed in the traditional Instant Save round, with Nico performing John Legend‘s “All of Me” and Fenley singing Lonestar‘s “Amazed.”

The other member of the bottom three, Team Adam’s Reagan Strange, was unable to compete in the Instant Save performance that night because she was sick. Despite that, the show’s rules state that fans could still vote on her fate, even though she couldn’t sing in an attempt to save herself.

Since Strange couldn’t sing, you would think that by default, fans would vote to keep one of the singers who competed in the Instant Save. But much to the shock of many people watching, it was Strange who earned the majority of the votes.

Despite being too sick to perform, @imreaganstrange’s fans helped her make it to #TheVoice Top 8. ✌️?

The whole situation has become the source of great controversy, but not because of Strange or her inability to perform. Rather, the outrage sparked following some comments made by her coach, Adam Levine.

After Fenley (of Team Blake) and Nico (of Team Adam) performed, Levine was given the chance to advocate for his team member. But other than saying that Nico performed “like a champ,” Levine spent most of his time pushing for America to vote for Strange.

“But I want to say this. There is a little, an unbelievably talented, little girl right now who is not able to fight for her position on this show, and you were fortunate enough tonight to be able to sing…So, I can’t sing, I can’t sing for Reagan. Reagan has to sing for Reagan and she’s not here. And it’s really, really hard for me not to just, as much as I urge you all to vote for this man, ‘cause he should never have been in the bottom, I don’t know if I have the heart to not tell everyone right now, I have a very, a very special relationship with Reagan…The thought of breaking her heart by not urging everyone to give this girl a shot, to go and redeem herself next week, would be too far beneath me…But I got to fight for my girl, and I gotta’ make sure that I represent her properly in this moment because she didn’t have a chance to use her voice tonight. So I’m going to use it for her as well as I possibly can to make sure she can make it next week…”

Levine’s comments angered viewers, with many saying that in advocating so strongly for Strange, he basically threw Nico under the bus.

Adam using his time to gush about Reagan and throw DeAndre under the bus… Yeah there is definitely a conspiracy. #TheVoice #VoiceSaveDeAndre

Absolutely disgusted with the Voice. This is supposed to be a singing competition not a popularity contest or voting for the poor little girl who is sick. Shame on you Adam Levine for showing such blatant favouritism to Reagan Strange. #TheVoice

Public Service Announcement: Future #TheVoice contestants (especially POC), don’t choose this guy as your coach, unless he’s the only chair available. He’s a careless and embarrassing idiot. #DeAndre deserved better than to be publicly humiliated. So gross. pic.twitter.com/meUwUNSwlb

Some viewers were so upset with Levine said that they actually called for him to be removed from the show.

@NBCTheVoice Adam should be removed from the show. He showed his bias. No coach should every do what he did to DeAndre #TheVoice

Here's a tip Adam.. America isn't crazy you just suck as a coach that's why all your people are the ones to go home first every season smh. He should have been fired long ago. Also if he tells the audience to shh one more time ? #TheVoice

Adam needs to be removed as a coach. Period.#TheVoice

All of the dust still hadn’t settled on the following day (December 5), even after Nico somewhat addressed the situation on social media. Speaking out for the first time since his much-talked-about elimination, Nico wrote “all is well on my end.”

The 22-year-old vocalist promised that the best is yet to come for him, saying, “There’s work to be done..“

You can never take an L when you’re operating from your heart. So even though I didn’t win I still won! The experience on @nbcthevoice itself is a Win for me. I give all honor to God for giving me the exposure needed for my next steps in life. To my Family, Voice family, and fans there’s no way I can personally thank all of you but know that I love you all entirely. All is well on my end. My journey continues, now y’all get DeAndre Nico himself. There’s work to be done.. Stay Tuned ?????

Based on his many spectacular performances on The Voice, we have no doubt that big things are in store for Nico’s future. Watch one of his best performances in the clip below.

What do y’all think of this whole situation? Do you think it was wrong of Levine to advocate for Strange over Nico? Or do you think he was just standing up for her when she couldn’t do so for herself?