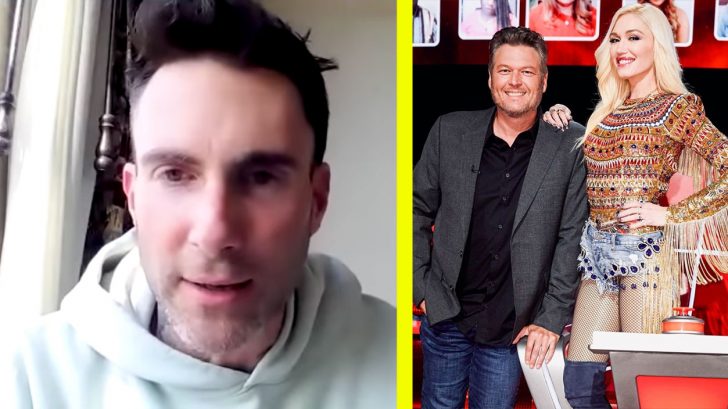 Adam Levine, Blake Shelton, and Gwen Stefani have a fun-filled, and good-natured friendship from their time working together on The Voice. But when asked whether or not Adam would entertain the idea of playing their wedding reception, the Maroon 5 lead singer, replied,“They can’t afford me!”

Levine was asked the question on the March 29, 2021 episode of SiriusXM’s The Morning Mash Up on SiriusXM Hits 1. The topic was brought up when the conversation shifted to the upcoming wedding and if the couple had put in a request for the singer to play.

Of course Levine was joking in his response and went on to say the two “haven’t asked” him yet, and he “would love” and “be honored” to play their wedding. “They won’t ask me though. They’ll probably get like Luke Bryan or somebody,” he quipped.

Levine went on to talk about how he loves the engaged couple and had in fact, just told them.

“I was just texting with them. I love them so much. Just so funny you mentioned them cause I just texted them 10 minutes ago just like ‘I miss you guys. I love you guys.’”

Levine went on to say that Shelton actually joked about him playing at their wedding when he appeared on the Late Night with Seth Meyers show last December.

“Adam Levine is going to have to get the band together…he owes me a lot just for putting up with him over the years,” Shelton joked. He continued saying that Levine’s music is “so boring” that it won’t distract from the wedding festivities.

Watch the funny interview below.