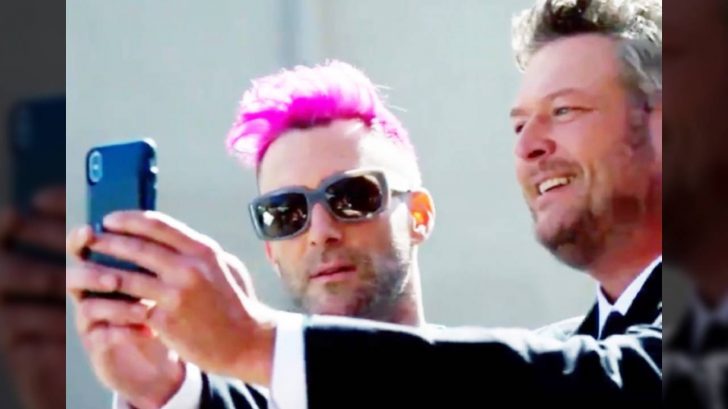 For the first time since he left the show before Season 17, Adam Levine is returning to The Voice. In a shocking announcement in May 2019, Levine exited the show after 16 seasons. It was so shocking because just a couple months prior, The Voice had announced he would be returning.

Later, he revealed on The Ellen Show that he left the long-running series to focus more on his wife and their two young daughters.

Since his departure, fans have hoped that he would return to his iconic Voice chair once again, but the odds of that are low. But – in a surprising announcement on Tuesday (May 18), he will be returning to the stage for the first time since 2019! He will be performing with his band Maroon 5 on The Voice‘s Season 20 finale episode, set for Tuesday, May 25th.

The show announced his upcoming appearance on social media with a video of Levine and Shelton filming something on the back lot.

“It’s the reunion you’ve been waiting for!” they wrote, while the words, “Adam is back” flashed across the screen. We know we aren’t the only fans of The Voice that are excited about Levine’s homecoming!

See the promo below, and tune in May 25th to watch him perform!

It’s the reunion you’ve been waiting for! ? Don’t miss @adamlevine performing on the #VoiceFinale with @maroon5 Tuesday, May 25 on @NBC. pic.twitter.com/ogBQf9wxlj