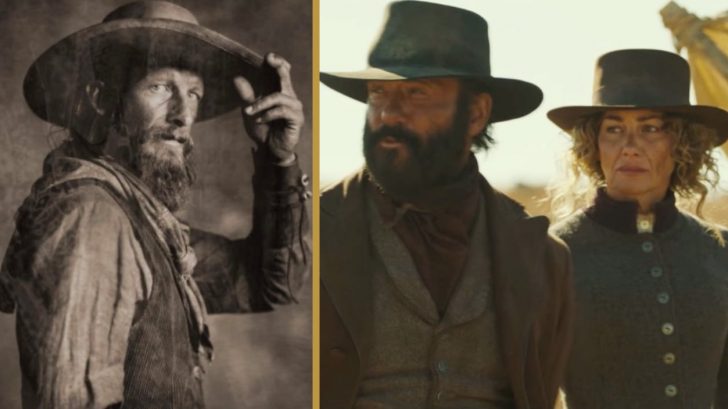 **SPOILERS FOR VARIOUS EPISODES OF 1883 BELOW**

Tim McGraw and Faith Hill star as James and Margaret Dutton in the Yellowstone prequel series 1883. The series follows John Dutton’s ancestors as they travel in a wagon train across the country.

The Duttons’ adventurous daughter, Elsa, fit right in with a couple of cowboys named Wade and Ennis. Together, the trio worked to keep the cattle herd in line as the wagon train made progress.

Elsa and Ennis eventually fell in love. They were basically engaged when Ennis lost his life during a conflict with bandits.

As Ennis and Elsa’s friend, it made Wade sad to see Elsa in mourning. When a new cowboy, named Colton, joined the group to fill Ennis’ spot, Wade advised him to give Elsa space.

Elsa later found new love with the Comanche warrior Sam. They considered themselves married, even though there was no formal ceremony.

In Episode Nine, “Racing Clouds,” Wade stepped up and took charge to help the pioneers. He stood by Margaret’s side as they worked together in an effort to save Elsa.

Wade is played by actor James Landry Hébert. As a key member of the cast, Hébert worked closely alongside McGraw and Hill.

After Episode Nine was released, Hébert opened up about what it was like to work with the two country music superstars. He said, “Workin w/ @faithhill was always such a blast.”

Hébert also gave credit to McGraw and Hill for helping the cast and crew stay in good spirits during challenging times. “[Faith] and @thetimmcgraw were so much fun behind the scenes it really helped us stay loose when the stakes were high,” Hébert wrote.

You can read Hébert’s post below. He also shared a few images from Episode Nine.

The season finale of 1883 will be released on Sunday (February 27). It will be available on Paramount+.

We’ll be waiting on the edge of our seats waiting to see what happens to Wade and all of the other characters following the heartbreaking events of last week’s episode.