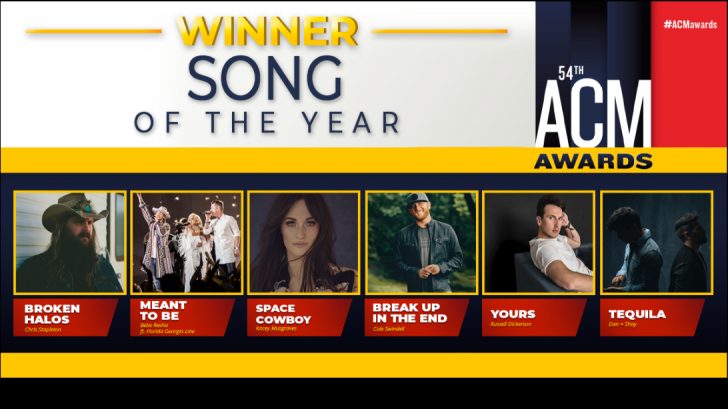 The past year has been jam-packed with incredible country songs, and several of those were honored to receive Academy of Country Music Award nominations this year. Country mega star Reba McEntire announced the nominees at the end of February. They include:

Over the course of the past 54 years, the award, which goes to the artists, writers and publishers, has honor honored some of the genre’s biggest hits and songs that have gone on to become timeless country classics.

Some of our favorites include the 1975 Song of the Year winner “Rhinestone Cowboy” by Glen Campbell, Garth Brooks’ “The Dance” from 1990, and “Where Were You (When The World Stopped Turning),” a song that Alan Jackson released following the attacks on September 11, 2001.

This year’s winner was announced by Lady Antebellum, and the crowd went wild when the winner was revealed.

The dynamic duo broke into country music in 2013 with their debut single ” 19 You + Me,” a song co-written by the pair and Danny Orton.

It was just the beginning for Dan + Shay who have gone on to become one of country music’s most beloved duos with hits such as “From the Ground Up” and “Speechless.”