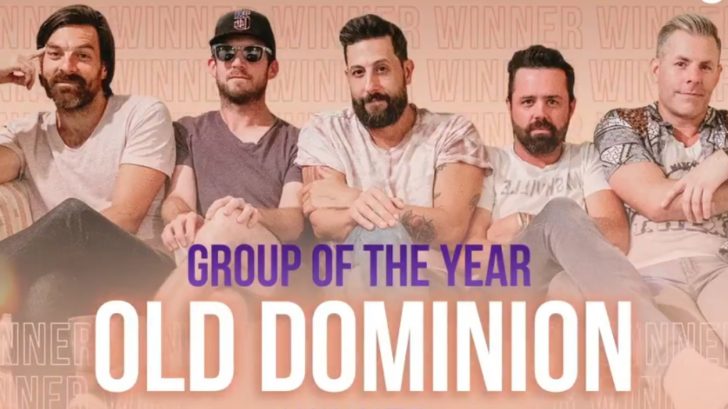 The 56th ACM Awards are already in full swing tonight and have announced a bevy of winners – including the recently-awarded Group of the Year award!

The 2021 awards show kicked off just after the seven o’clock hour in Nashville and featured more than just a few performances – a remarkable change from the repeatedly delayed awards show last year due to the pandemic.

Taking over some of the most iconic venues in Nashville, the awards show featured performances and presenters from stages at the Ryman Auditorium, the Bluebird Cafe, and the Grand Ole Opry House among other significant locales.

Below are all of the nominees for Group of the Year:

GROUP OF THE YEAR

….And the winner is… OLD DOMINION!

This new win marks the fifth consecutive year in a row that they have taken home the top honors for a group at the ACM Awards! Beginning in 2016, Old Dominion has continued to sweep the category at every ACM Awards ceremony.

Join us in congratulating them on this massive win and continuation of their streak!