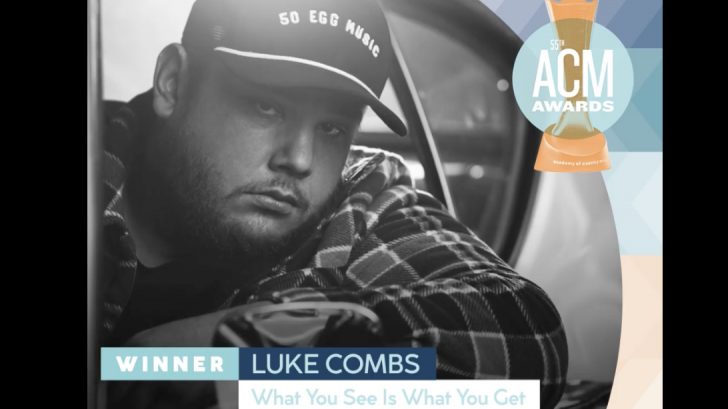 It was a night of stiff competition at the 55th Academy of Country Music Awards. Perhaps no category was tougher than that of Album of the Year. The award, presented to the artist, producer(s), and record label, denotes months and sometimes years of work on behalf of a team to put together a project they can be proud of.

Center Point Road is the fourth studio album from Thomas Rhett and was released on May 31, 2019, through Big Machine Records. Rhett co-wrote and co-produced all 16 tracks on the album. The album also features collaborations with Little Big Town (“Don’t Threaten Me With a Good Time”), Jon Pardi (“Beer Can’t Fix”) and Kelsea Ballerini (“Center Point Road”).

Girl is the second major label studio album from Maren Morris and was released on March 8, 2019 through Columbia Nashville. The album broke the record for the largest streaming week ever for a country studio album by a woman, with approximately 24 million streams in its first week. On February 26, 2020, the album was certified gold for combined sales and album-equivalent units of over 500,000 units.

Luke Combs, What You See Is What You Get

What You See Is What You Get is the second studio album by Luke Combs and was released through River House Artists and Columbia Nashville. It includes all five songs previously featured on his 2019 EP The Prequel as well as a collaboration with Brooks & Dunn (“1,2 Many”) among other songs. The first four singles from the album, “Beer Never Broke My Heart”, “Even Though I’m Leaving”, “Does to Me” and “Lovin’ on You” all reached number one on the Billboard Country Airplay chart.

Wildcard is the seventh studio album from Miranda Lambert and it was released by RCA Records Nashville. It features 14 songs, all of which list Lambert as a co-writer, including the singles “It All Comes Out In The Wash,” “Bluebird,” and “Settling Down.” Wildcard is Lambert’s seventh number one album.

The winner of the 2020 ACM Album of the Year went to….Luke Combs for What You See Is What You Get. The award was presented to Combs by Darius Rucker.

Congratulations to Luke Combs on his win!

Luke Combs performing #BetterTogether from the The Bluebird Cafe gave us All. The. Feels. ❤️ There are still plenty more performances still to come on CBS or CBS All Access!

Posted by ACM – Academy of Country Music on Wednesday, September 16, 2020