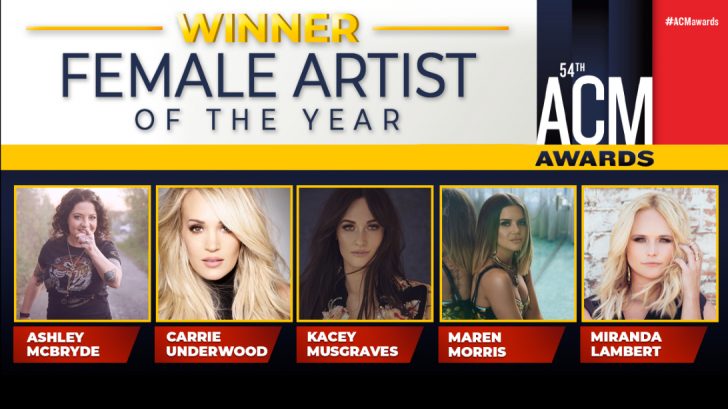 One of the most coveted titles that can be bestowed upon a female country artist is that of ACM Female Artist of the Year. The category highlights the genre’s most successful female artists, and in the past has been given to legendary artists such as Loretta Lynn, Dolly Parton, Reba McEntire and Faith Hill.

In recent years, the Female Artist of the Year category has been dominated by Carrie Underwood and Miranda Lambert.

The competition this year is more fierce than ever. Carrie Underwood won her first Female Artist of the Year trophy in 2007, just two years after taking home the American Idol title. It was the first of three consecutive Female Artist wins for Underwood until Miranda Lambert won her first title in 2009. Lambert has dominated the category every year since.

But, that could change this year as chart-topping female vocalists Ashley McBryde, Maren Morris and Kacey Musgraves are ready to give Underwood and Lambert a run for their money. Arkansas native and Grammy Award nominee McBryde was named New Female Artist of the Year prior to Sunday’s award show. Maren Morris has seen incredible success in recent years after the release of her hit single “My Church.” She was the 2017 ACM New Artist of the Year.

But, perhaps no one has had a bigger year than Kacey Musgraves who recently took home four Grammy Awards (giving her a career total of six) after the release of her fourth studio album, Golden Hour.

It has been an amazing year for Kacey Musgraves! The stick-to-her-guns singer has been at for a long time and is finally getting her due. Most don’t know that Musgraves released three albums before appearing on the talent competition Nashville Star in 2007. She ultimately placed seventh, but five years later signed a record deal with Mercury Nashville. A year later she won her first Grammy and earned her first Platinum certified single for the song “Follow Your Arrow.”  Most recently she won an incredible four Grammy Awards for her latest album, Golden Hour.

During her acceptance speech, Kacey dedicated her award to “any woman, girl or anybody really, that is maybe being told that her perspective or style is too different to work. Just stay at it. It will work out.” 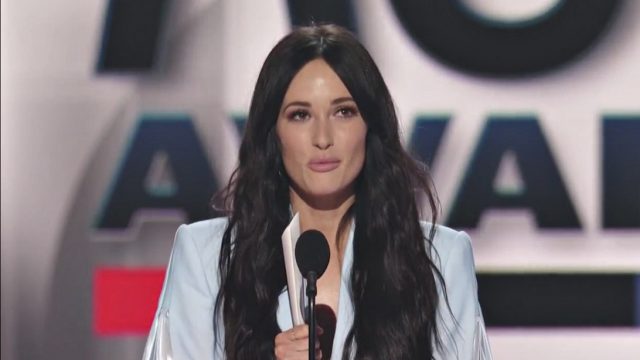