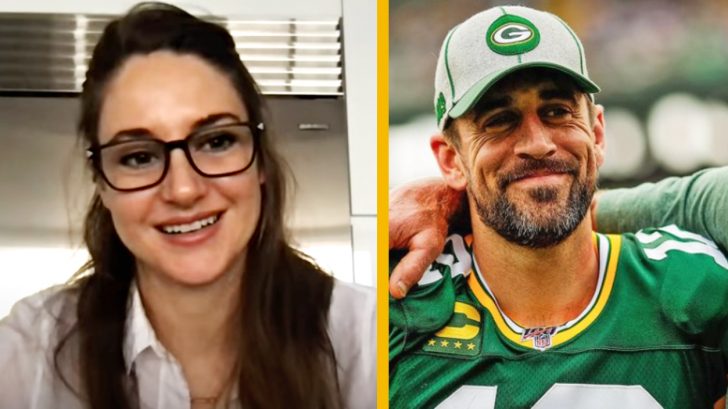 After weeks of speculation, Shailene Woodley has confirmed that she and Green Day Packers quarterback Aaron Rodgers are engaged.

The buzz began on Feb. 6th after Rodgers, 37, thanked his fiancée while accepting his third MVP award but left out his future wife’s name. The announcement came merely seven months after the football star called it quits with NASCAR driver Danica Patrick in July 2020.

On Monday, Woodley, 29, virtually appeared on The Tonight Show Starring Jimmy Fallon, and revealed that she and Rodgers had been engaged “for a while.” In the interview, the actress admitted.

“Yes, we are engaged. We are engaged. But for us, it’s not new news, you know, so it’s kind of funny. Everybody right now is freaking out over it and we’re like, ‘Yeah, we’ve been engaged for a while.'”

During the conversation, the actress admitted that she had never seen a football game before beginning her romance with Rodgers. Woodley joked that she never envisioned herself engaged to someone who “threw balls for a living.”

“I don’t know him as a football guy,” Woodley explained. “I know him as like the nerd who wants to host ‘Jeopardy!’. That’s the dude I know. He just happens to also be very good at sports.”

Watch the full interview in the video below.