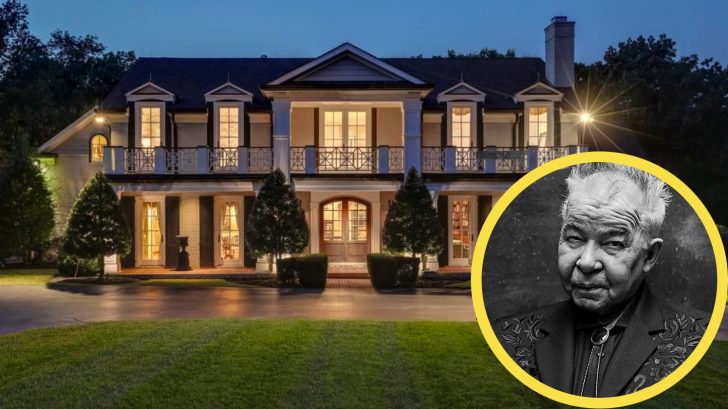 As one of the best-known country and folk singer/songwriters to ever hit Nashville, John Prine truly crafted a legacy with his nearly-unmatched talents. Prine was often called the “Mark Twain of songwriting” and he lived up to that name.

Over the decades of his career, Prine influenced much of the country music genre, released more than 15 studio albums, and won three Grammy Awards. To say that he found success would be an understatement.

As a successful Nashville musician, it’s no wonder that Prine and his wife Fiona Whelan chose a home right in the midst of it all – and just a stone’s throw from Kellie Pickler’s house on the Homes Of The Stars Tour.

The John Prine Family Trust purchased the home in Spring 2018 and, at the time, it was described in the real estate listing as a “NeoClassical Farmhouse.”

The spectacular home sits on just over two acres of land and features a four-car garage, pool, spa, wet bar, and a bespoke set of windows, doors, and moldings.

The sweeping 3,000+ square-foot basement is unfinished and features 10-foot ceilings that make it a perfect place for a large amount of storage or a home gym.

On the main level of the home is a big master suite with his and her custom closets. Each room features a bevy of unique features and design touches that anyone is sure to appreciate.

See inside this gorgeous Nashville house below.

Check out a stunning video view of the house below!