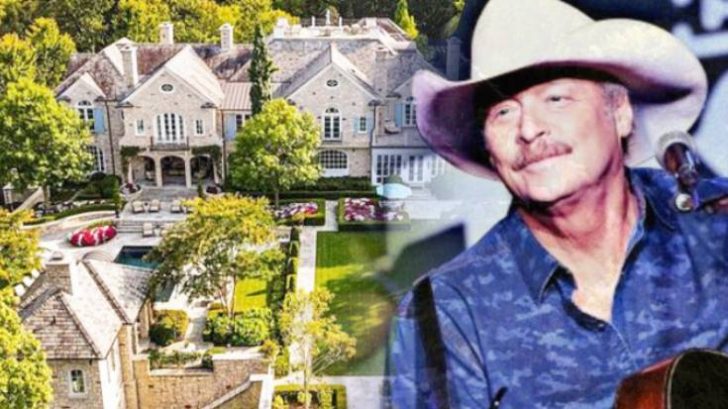 In September 2020, Alan Jackson listed his Nashville-area mansion for $23 million.

Described by Zillow as “the ultimate family estate,” the house sits on 4.29 acres surrounded by 120 acres of woods in the affluent rural Nashville suburb of Franklin, Tennessee. The 22,012-square-foot mansion was built in 2011 and has five bedrooms and eight bathrooms.

Designed by architect Ron Farris, the traditional, very formal home includes formal dining and living areas have beautiful and elongated arched doorways, massive windows, and dark woodwork against light-colored walls that give the massive home an even more impressive feel. There is also a bar, a media room, and multiple fireplaces both in and outdoors.

The exterior of the home boasts beautiful stonework with big archways that match the interior. Outdoor features of the home include a pool with a pool house, a loggia, terraced lawns, an outdoor kitchen, a firepit, and climate-controlled garages that can hold up to 15 cars. The estate also has 18 parking spaces in case you want to invite some of your friends over.

The gated property sits inside the private Laurelbrooke community, which has its own separate gates that are guarded 24/7.

Six months after Jackson listed the mansion, it finally sold, for four million less than he had hoped. According to Zillow, the mansion sold on March 10 for $19 million.