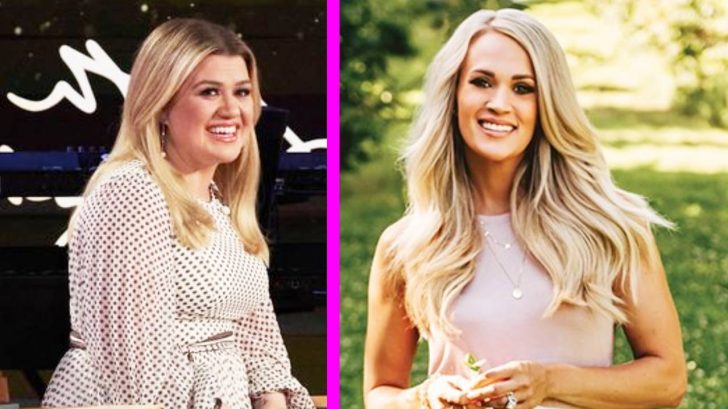 We’ve heard stories before about how people get celebrities mixed up. Sometimes, the celebrities correct them and other times, the famous person just rolls with it!

During the October 16th episode of The Kelly Clarkson Show, the talk show host was introducing a segment called “I’m Awesome At Being Awkward” with her guests Cheryl Hines and Michelle Buteau. One of the scenarios they had to talk about was if a person thinks they are another celebrity!

Hines said someone thought she was Julie Bowen from Modern Family and she just let them think she was! Buteau said she gets mistaken for Kim Cole and Raven Symone.

Clarkson shared about the time someone thought she was a different American Idol champion.

“This girl came up to me and was like, ‘Oh my god, your song ‘So Small’ is one of my favorites,'” Clarkson told her guests.

“I kept thinking, ‘I don’t have a song ‘So Small,'” she continued. “And then she said another song and I was like, ‘Oh, you think I’m Carrie Underwood’…And I literally look nothing like Carrie Underwood.”

The fan asked Clarkson for an autograph and the talk show host says she was “so embarrassed for her” that she just signed something for the fan as Underwood.

Clarkson laughs it off because she respects Underwood! So much so that she has covered her in her Kellyoke segment. Watch Clarkson channel her fellow American Idol alumni in the video below.