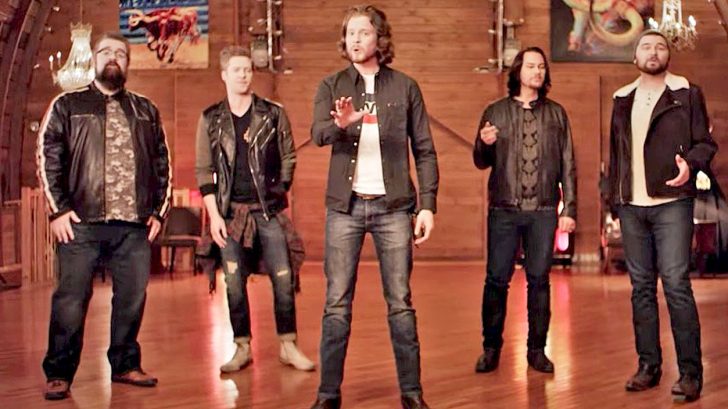 Country a cappella group Home Free filled their 2017 album Timeless with the perfect collection of songs. From originals such as “It Looks Good” to covers of hit songs like “Hillbilly Bone,” there is no shortage of good music to be found on the record.

While Home Free is primarily a country group, they will sometimes cover songs from other genres. One such song appears on Timeless, though it eventually became a country hit as well.

The song we’re talking about is rock artist Dave Mason’s “We Just Disagree.” Written by Jim Krueger, the song is about two old friends who no longer see eye to eye. Despite this, the narrator acknowledges “There ain’t no good guy, there ain’t no bad guy. There’s only you and me and we just disagree.”

Now, the guys in Home Free can add their names to the list of talented artists who have recorded “We Just Disagree.” The group shared a music video for the song, and it’s quite inspiring.

The video shows the Home Free members standing together and singing in perfect harmony. Keep in mind that since they’re an a cappella group, all of the sounds you’re hearing are created with their voices. There are no instruments involved!

In between shots of Home Free, we get the chance to see a few heartwarming scenes play out. These scenes bring together people from different backgrounds or positions, showing that even though they may not agree on everything, they can still care for each other.

For example, one scene shows a divorced mother who hands off her kids to go with her ex-husband for a while. While there is obviously some tension between the two parents, they are still civil and caring enough to offer each other a wave and a smile.

That’s just one of the touching scenes you’ll get the chance to witness when you watch Home Free’s music video for “We Just Disagree” below. Once you finish, we’d like to know what you think of their cover.