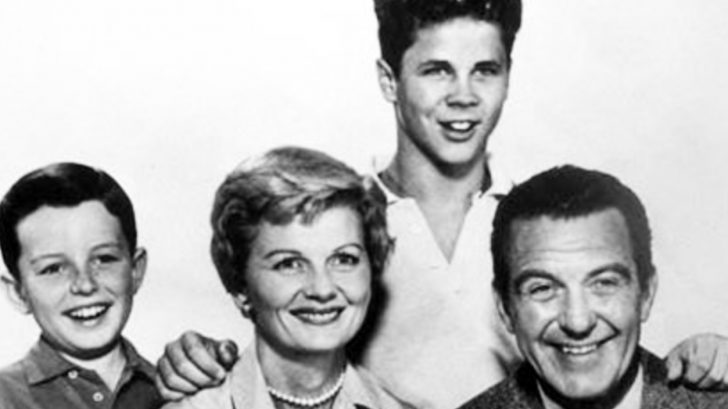 Golly! Leave It to Beaver was almost banned for being too controversial!

Leave It to Beaver highlighted the Cleaver family’s traditional family values. A large portion of the show revolved around two brothers—Beaver and Wally Cleaver—as they constantly weaseled their way in and out of trouble. The sitcom, which was one of the first shows portrayed from a child’s perspective, pushed the limits of ’50s television.

Despite today’s nearly nonexistent level of censorship, TV in the ’50s was extremely conservative! Shows were not allowed to use bathroom or toilet footage, but Leave It to Beaver decided to stretch censorship boundaries. In the original pilot episode “Captain Jack,” Wally put a small alligator inside the toilet tank as if it were an aquarium.

“We were going to put it in the toilet because we knew alligators needed water,” Jerry Mathers, who played the role of Beaver, told Fox News. “At the time, you not only couldn’t show a toilet, you couldn’t show a bathroom on television. It was prohibited.”

Producers fought to keep the bathroom scene in the episode, and eventually, they agreed only to show the back of the toilet’s tank. “Captain Jack” aired as the sitcom’s second episode, which made Leave It to Beaver the first to show a porcelain throne on TV.

Leave It to Beaver paved the way for other television shows to break the bonds of ’50s censorship. Despite a premature cancelation, the sitcom also ran for six seasons!

“It’s a great show, and I’m very, very proud of it. It’s nothing I want to walk away from,” Mathers reflected on his time on the show.

Leave It to Beaver ultimately came to an end when television writers concluded its storyline, but gee whiz! What a show!