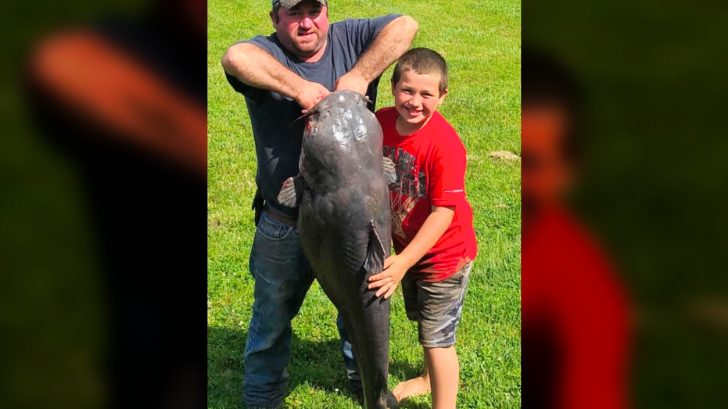 A young boy from Elizabeth, Indiana almost went down in the records books on May 27, 2020.

According to the Indiana Department of Natural Resources, the biggest fish that has been caught in the state of Indiana weighed in at 104 pounds. It was an Ohio River blue catfish that was caught by a man named Bruce Midkiff in 1991.

Charlie was fishing at the Ohio River when he reeled in a massive catfish, believed to be a blue catfish, the same type of fish Midkiff caught back in 1991!

Charlie couldn’t hold up his catch by himself, but with some help, an awesome photo was snapped and as you can see below, the catfish is almost as big as he is!

Check out this catch! A 9 year old Southern Indiana boy caught it in the Ohio River. Charlie Pellman’s mom says the…

No word on how long Charlie was reeling in this monster for, but he sure looks proud of his catch! Check out the video below where a 10-year-old kid reeled in a 100-pound fish to see just how difficult it is for a kid to complete such a feat!