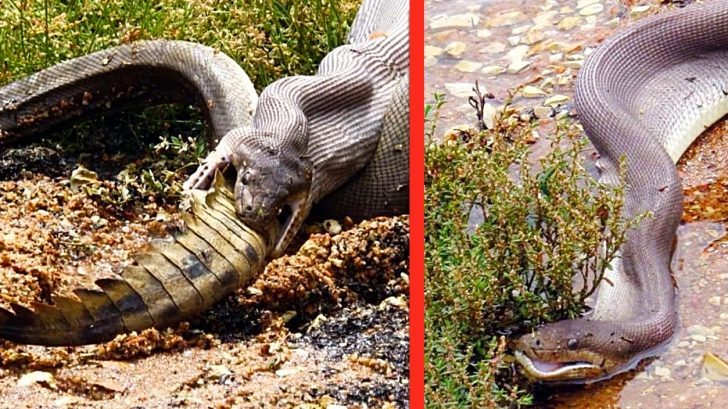 They say that everything is bigger down in Australia…and that is especially true in this case.

One brave kayaker stopped over for a few crazy and nearly-unbelievable photos while near Lake Moondara in Queensland, Australia. She had spotted one of the largest snakes in Australia gobbling down one hell of a massive meal – a whole crocodile!

The snake pictured here is known as an Olive Python and is the 2nd largest snake in Australia. He seems to have found his way to one of the region’s freshwater crocodiles and after what was a massive struggle, finally killed the crocodile before consuming it whole – in under 15 minutes!

According to The Mirror, this happened back in 2014, and after the snake had constricted the crocodile (resulting in its death) he dragged the body out of the water and proceeded to swallow it headfirst.

“It was amazing,” witness Tiffany Corlis explained to the publication. “We saw the snake fighting with the crocodile – it would roll the crocodile around to get a better grip, and coil its body around the crocodile’s legs to hold it tight.”

“The fight began in the water – the crocodile was trying to hold its head out of the water at one time, and the snake was constricting it.”

“After the crocodile had died, the snake uncoiled itself, came around to the front, and started to eat the crocodile, face-first.”

With a meal this size, this massive 10+ foot-long snake probably won’t have to eat for a good, long time.

Check out the rest of the photos below and watch the video telling the story, too. 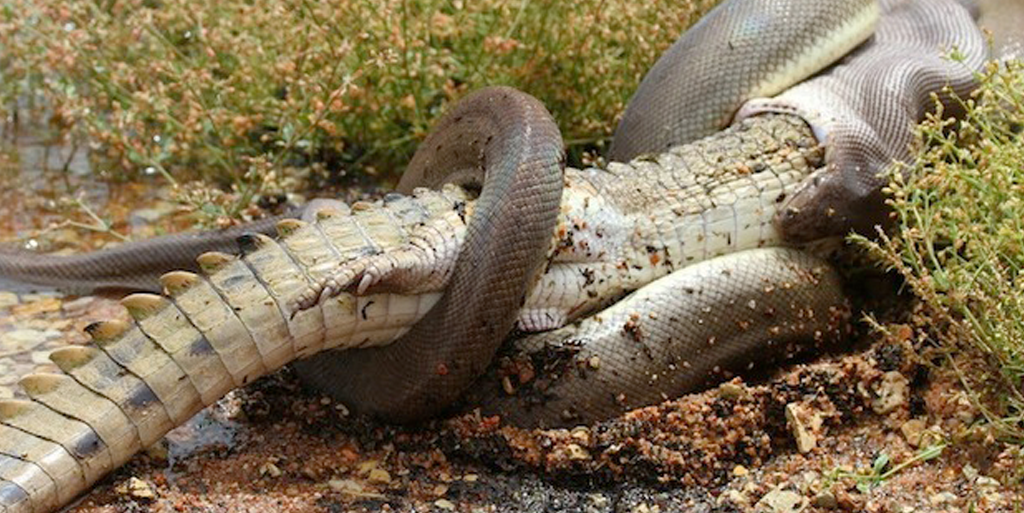