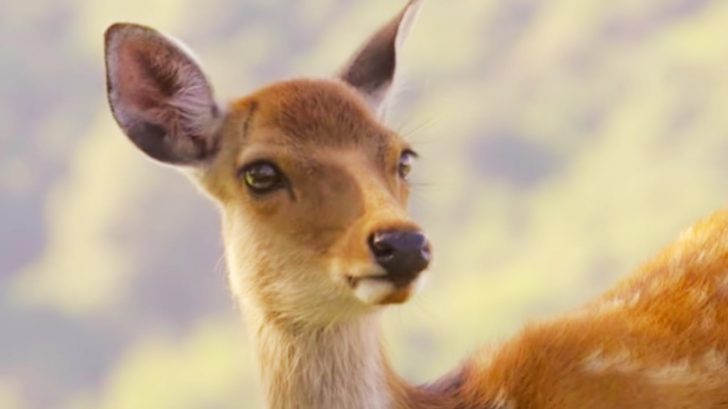 One city’s government unfortunately has to warn citizens and visitors not to feed the local deer unapproved food after nine animals have died.

The nine deer, which passed away between the months of March-June, are all believed to have the same cause of death. After examination, all nine animals were found to have plastic bags and other food wrappers in their stomachs.

But how did the deer manage to come in contact with so much trash? Well, it’s because they lived in the in the public Nara Park, which is located in Japan.

Over 1,200 Sika deer call the Nara Park home. Their presence makes the park a major tourist attraction, as people travel from far and wide to walk alongside the majestic creatures.

Visitors actually can feed the deer, which are regarded as national treasures in Japan. However, according to BBC, people can only feed the deer pre-approved sugar-free crackers made specifically for them. The crackers do not come in plastic packaging.

But visitors don’t always follow the rules. The deer are often fed other snacks, and those snacks come in plastic packaging.

In addition to feeding the deer unapproved snacks, park visitors tend to improperly dispose of their trash and plastic bags in the park. The deer mistake the plastic bags and trash for food, and end up ingesting them.

The Nara Deer Preservation Foundation stated that one of the deceased deer was found with over nine pounds of plastic bags and other debris in its stomach. The Foundation shared the following photo to show the contents they found inside one of the deer.

The foundation believes that the nine deer passed away as a result of malnutrition, since the plastic and other debris blocked their stomachs.

According to BBC, the Nara government is going to investigate the deaths of the deer. In order to prevent such deaths from happening in the future, signs will be placed throughout the park warning guests not to feed the deer anything but the pre-approved crackers.

We’re sad to hear that nine beautiful deer have been lost. Their presence at Nara Park makes it such a magical place, as you can see in the video below.