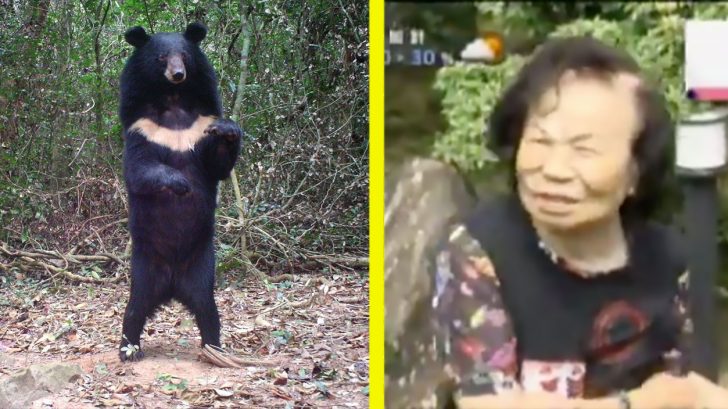 82-year-old Rumiko Sasaki, and her husband live in a rural neighborhood in the town of Kita Hiroshimacho, Hiroshima Prefecture, Japan. According to Yahoo News Japan,  on July 16, 2020, the two of them were doing some weeding in their backyard when an Asian black bear wandered in and attacked Sasaki.

Sasaki was taken by surprise and didn’t notice the bear at first, she only saw the bear swinging its claws at her face as her husband shouted to warn her about the oncoming danger.

“It took aim at my face and came at me suddenly, but it feels like I hit it and sent it flying back.”

She suffered multiple scratches to the face before the bear fled the scene after she hit it back.

Masashi Takeshita, a member of the local Hunting Association, announced:

“I’m telling the local people to wear a radio, a cell phone, or a bell when you go into the mountains.”

He also said the local hunting club will set up three cages in nearby mountains to try and capture the bears for relocation, and they are considering patrols in the future.

According to Hiroshima Prefecture, there were 252 bear sightings this year, but this is the first time a person has been attacked.

To see Sasaki and the location of the bear attack, watch the video below.