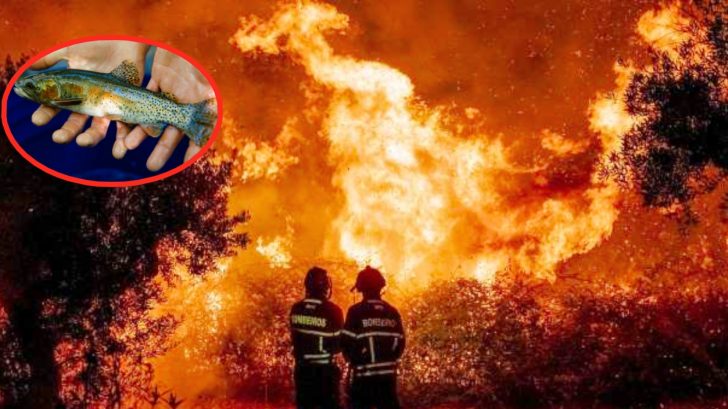 In June 2018, the Hermosa Creek watershed in southwest Colorado endured a blazing wildfire.

Right after the fire, the area experienced lots of rain, which caused all the ash to runoff into the Animas River, which suffocated a lot of the fish.

Wildfire kills 80% of fish in a Colorado river. The fish population in the Animas River in southwest Colorado has suffered a massive loss following a wildfire from June 2018: It's down about 80%. Information and Photo: CNN & Jerry McBride/The Durango Herald/AP pic.twitter.com/ZFH62HRnHm

CNN reports that there were 28 pounds of trout per acre, which is a significant difference from the normal average of 78 pound per acre. The historical average of 14-inch fish is usually 22 per acre, and now it’s down to one per acre.

The Animas River is designated as a Gold Medal fishery, and a CPW official says it will not lose its designation, as it takes several years of data to do so. In the meantime, the heavy snow from last winter helped clean the bottom of the river, which is home to lots of fish and their food, and the restocking of fish will help maintain the gold-level standard.