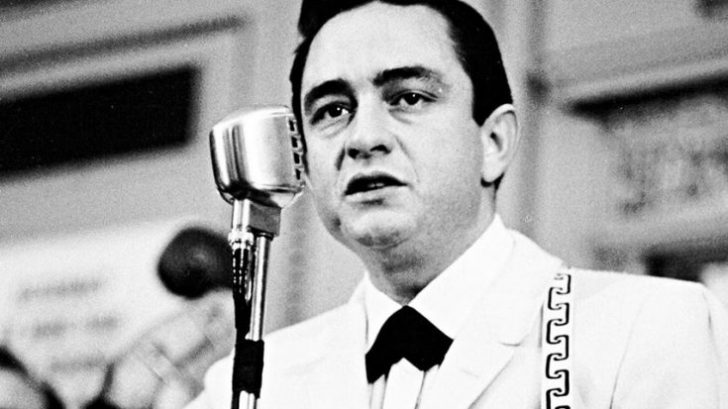 Some Fast Facts About A Legend

Johnny Cash‘s name is one of the most recognizable in the history of the music industry. As the voice behind classic songs such as “Ring of Fire,” “Walk the Line,” and Folsom Prison Blues,” Cash was, and still is incredibly popular with millions of people.

Due to his popularity, little about Cash’s life has been left unsaid. But there are still some things about “The Man in Black” that only those who are hardcore fans of his know about.

For example, did you have any clue that he was an ordained minister? That fact is just one of eight things you probably never knew about Cash that we’re going to share with you. Look below to see them all!

1. He Was The First Operator To Learn Of Stalin’s Demise

Cash entered the United States Air Force in July 7, 1950, and following his training he served as a Morse Code operator in Germany. His job was to intercept Soviet Army transmissions, and while there, he picked up some important news.

Southern Living created a video of 20 interesting facts about Cash, including one pertaining to his time in the Air Force. It turns out that Cash was the first radio operator to pick of the news of the death of Soviet Union leader Joseph Stalin. We can’t imagine what must have been running through his mind when he heard that news!

While he was growing up, Cash loved watching the Frankenstein movie, and considered it to be his favorite film. His love for Frankenstein was one that he carried with him into adulthood.

Rolling Stone quotes Cash as saying that the reason why he liked the story of Frankenstein so much is because it was about someone who was “made up of bad parts but trying to do good.”

Bio. writes that Cash’s mother and father couldn’t agree what to name him, so they settled on the initials J.R. as a compromise. Cash went by the name “J.R.” throughout his entire childhood, and his high school diploma even has “J.R.” printed on it.

Cash didn’t become “Johnny” until he entered the Air Force, when they made him pick a real first name because he wasn’t allowed to just use initials.

4. He Was An Ordained Minister

Despite being known for his rough outlaw image, Cash always held a special place in his heart for his faith. After he married June Carter and looked back on his life up to that point, he realized there were a lot of things about himself he had to change.

Bio. writes that Cash then decided to turn back to his Christian roots. Not only did he rededicate himself to his faith, but Cash spent two and a half years studying theology, which he earned a degree for.

Cash later became a minister, though he never did lead a congregation or any form of church service. However, he did serve as the minister at his daughter Karen’s wedding.

5. An Ostrich Broke Five Of His Ribs

As Cash wrote in Cash: The Autobiography, he owned an exotic animal farm near his studio in Tennessee. One of the animals in that farm was an ostrich, and it didn’t necessarily get along with its owner.

Cash wrote that the ostrich was particularly cranky one day and came charging at him. He tried to fight it off, but it ended up kicking him in the stomach, breaking two of his ribs and cutting open his skin. Cash then broke three more ribs when the ostrich knocked him on to a rock.

Luckily, Cash was wearing a strong belt and buckle which protected most of his stomach from the ostrich’s attack. And he lived to tell the tale!

Everyone knows that Elvis Presley did double duty as a singer and actor, but did you have any idea that Cash also tried his hand at acting? Inspired by Presley, Cash decided to try and make his own way into the motion picture business.

Bio. writes that Cash was never as successful at acting as Presley, but he did appear in a string of television shows and movies. His favorite project was a 1973 film he produced himself, called Gospel Road: A Story of Jesus, which told the story of Jesus’ life. Cash filmed the movie in Israel, and although it was never popular, he was immensely proud of it.

7. He Recorded 60 Songs In The Last Four Months Of His Life

Before his wife June Carter died on May 15, 2003, she told Cash to keep on making music, according to author Robert Hilburn, who wrote Johnny Cash: The Life. Cash honored his late wife’s wishes, and ended up recording 60 songs in the four months between her death and his own on September 12, 2003.

Cash kept recording until weeks before his death, with his last recordings having been made on August 21, 2003. The final song he ever recorded was called “Engine 143,” which he recorded for a Carter Family tribute album for his son, John Carter Cash.

8. He Never Thought His Legacy Would Last

Years after Cash passed away, he remains one of the most-listened to musical artists in the world. It’s rare to encounter a person who doesn’t know at least one song by “The Man in Black.”

While it’s clear that Cash’s music and his legacy is here to stay, Cash himself had never been sure about that. Rolling Stone writes that in the 90s, Cash got into a major slump thinking about his legacy. He felt that no one would remember him or care about his music once he passed away.

It was record producer Rick Rubin who changed Cash’s outlook after he worked with him on his American albums. After working with Rubin, Cash told author Robert Hilburn that, “Rick made me think I might have a legacy after all.”

As we now know, Rubin was right. Cash has earned his place in history, and fans will continue to study his music and his fascinating life for years to come.

What did you think of this list of facts? Which one did you find the most surprising?