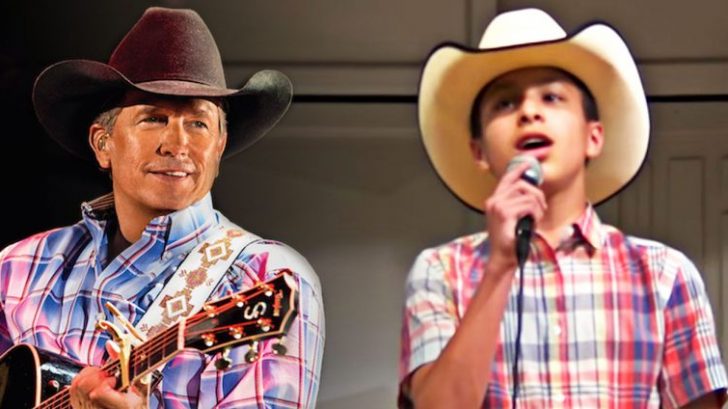 Nothing compares to the legendary voice of George Strait, but this little 7th grader comes as close as you can be!

Performing a solo piece for his 7th grade ‘Spring Rodeo Show’, youngster Shay Cantu Jr. pulls out all the stops with this unforgettable (and incredibly good) cover of one of Strait’s biggest country hits.

This rowdy young fella has been singing his whole life, and so has his sister! Their mom has uploaded many of their stunning performances to YouTube over the years and Cantu has been racking up the views online for nearly a decade already.

"To have a hit I think you have to have that right marriage between a #voice & a song"
-Legendary songwriter/producer @stevedorffmusic on True Country, talking George Strait making 'I Cross My Heart' a hit 8 yrs after Steve wrote it.

Taking on one of the most treasured and beloved hits from The King of Country Music, this 7th grade future superstar dazzles and delights the audience with his own cover of “I Cross My Heart” – a song that could melt the coldest of hearts.

“I Cross My Heart” was originally released in 1992 as the lead single to his soundtrack album for Pure Country, and almost immediately became an international country music hit, selling millions of copies. The song became his first No. 1 hit since he released “You Know Me Better Than That” the year before.

Watch this impressive performance by Shay Cantu Jr. in the video below and let us know what you think in the comments!