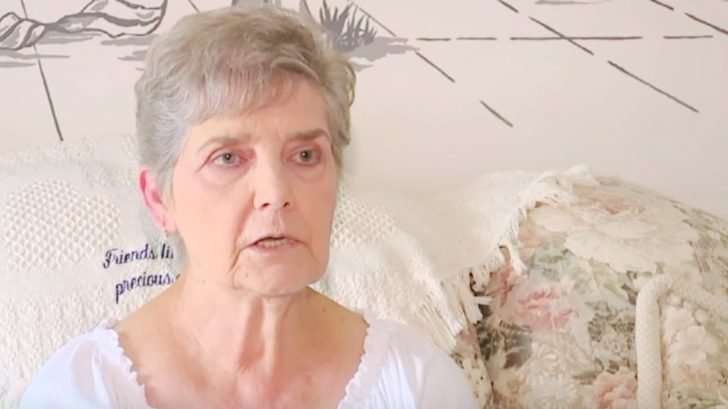 When Nancy Segula’s neighbor moved away in 2017, they left their cats behind. Nancy, a cat lover, couldn’t stand to watch the abandoned animals starve, so she started feeding them.

“It began in 2017 with me feeding stray kitties,” the 79-year-old told FOX 8 News out of Cleveland. “I used to have a neighbor that had a couple cats and he moved away so he left them. I would always feed them and care for them because I was worried about them and I’m a cat lover.”

But while Nancy doted on the now-stray cats, one of her other neighbors complained about their presence and the fact that she was feeding them. You see, where Nancy lives in Garfield Heights, Ohio, it’s actually against the law to feed stray dogs or cats.

Because of the neighbor’s complaint, Nancy was given a citation in 2017 and was told to stop feeding the cats. She did not stop.

Over the next two years, Nancy received an additional three citations. Upon receiving the fourth citation, she had to face Magistrate Jeffrey Short, who ended up sentencing her to jail time.

A 79-year-old woman has been sentenced to jail for 10 days next month. Her crime: Feeding stray cats in the neighborhood https://t.co/poBw4KsKo6

Nancy is now required to spend ten days in the Cuyahoga County Jail. She is supposed to report to the jail on August 11.

When she told her family the news, they couldn’t believe their ears. Her son, Dave Pawlowski, was especially distraught:

“I couldn’t believe what my mother was telling me,” he said. “She gets 10 days in the county jail, I couldn’t believe it. I’m sure people hear about the things that happen downtown in that jail. And they are going to let my 79-year-old mother go there?“

While Nancy knows she broke the law, she thinks her sentence is a bit harsh.

“It’s too much of a sentence for me for what I’m doing. When there are so many people out there that do bad things,” she said.

According to a report published by Cleveland.com, Garfield Heights Municipal Court Judge Jennifer Weiler would like to hear the case herself to decide if the ten-day jail sentence is a fitting punishment for Nancy. As of press time, no new court date has been set.

You can watch Nancy’s interview with FOX 8 News about her situation by tuning in to the video below.