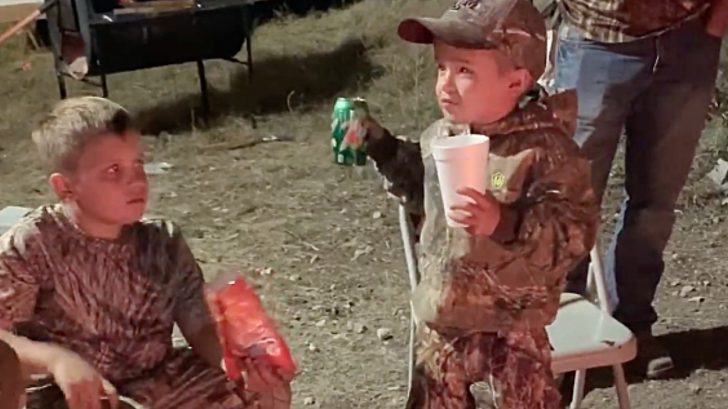 It’s deer hunting season and for some folks, it is a tradition to get the whole family together and make a fun weekend of hunting and camping out with one another.

A video posted recently to Facebook shows just that, a family gathered around a campsite sharing their hunting experience, and to everyone’s amusement this adorable little kid who’s not even 8 years old had some important relationship advice to share.

The family filming the kid busted out laughing at the boy’s deep and outspoken thoughts but they’re not the only folks laughing. The video captured the hearts of millions when it was posted to Facebook and reached an impressive 4.9 million people.

Over 114,000 people have shared the video, 20,000 liked it and more than 20,000 people dropped comments on it. The moral of the boy’s words of wisdom: don’t get into a relationship if you value your hunting time.