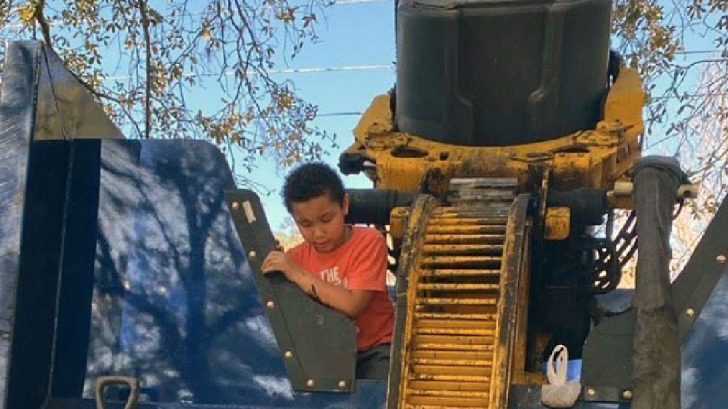 Elias Quezada, a 7-year-old from Tampa, Florida, was mere seconds from being crushed by a garbage truck when the truck’s driver put his training to use and rescued the boy.

According to Fox 13, Elias was outside playing and wanted to know what it was like inside of a garbage can. So, he climbed inside the large can located outside of his grandmother’s home. Moments later the garbage truck arrived on its weekly route and the truck’s mechanical arm emptied the can into the back of the truck.

Thankfully, the truck was equipped with cameras that allow the driver to see what is being dumped and the truck’s driver had been well-trained to look at the camera each time a can was dumped. Waldo Fidele was looking at his surveillance camera and saw the moment Elias landed in the back of the truck and quickly deactivated the blade and called 911.

Elias’s grandmother heard the boy scream and ran outside.

Elias told local news media that the incident scared him. “I got picked up and thrown to where I was going to be a mashed potato,” he said.

Fidele is being hailed as a hero for his quick thinking and life-saving reaction.

Watch an interview with Elias, his grandmother and his hero in the video below.