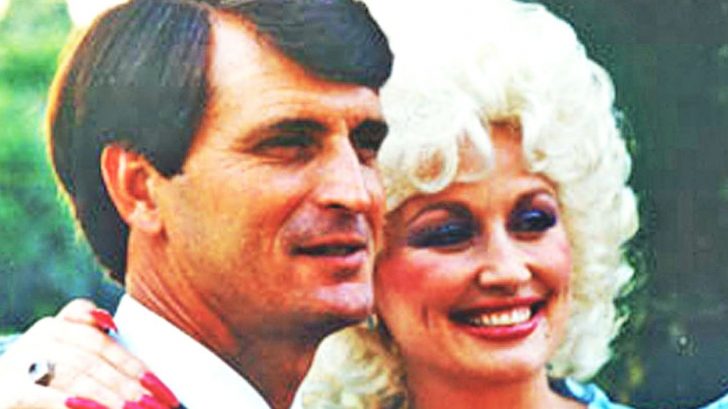 All About Dolly’s Reclusive Husband

May 30, 1966 was one of the most significant days in Dolly Parton‘s life. That day, she tied the knot with a man she’d been seeing for two years, a man by the name of Carl Dean.

Parton and Dean were married in Ringgold, Georgia during a small ceremony with just the preacher, his wife, a witness, and Parton’s mama in attendance. The couple eloped to Georgia because Parton’s label had asked her to put their wedding on hold for a while after she signed her contract with them.

Instead, Parton and Dean decided to get married in Georgia so no one in Nashville would hear about their wedding, leaving Parton’s label none the wiser.

Over the course of their marriage, Dean has remained almost completely out of the spotlight. He’s content to remain at home in Nashville while Parton travels around the world for various performances and appearances.

Parton has openly admitted that she and Dean couldn’t be any more different, but she knows there isn’t any other man in the world for her. She can’t help but talk about him in interviews, and always has something kind to say about him.

In celebration of these two lovebirds anniversary, we’ve gathered up a list containing seven of the sweetest things Parton has ever said about Dean. They’ll have you saying “awwww!” in no time.

7. When She Explained Why He’s Perfect For Her

During an interview on May 5, 2016 with CBN News, Parton spoke about why her and Dean make such a good pair. She called him a “God-send,” saying their different personalities balance each other out, making them a perfect match for one another:

6. The Time She Shared Their Secret To Happiness

When Parton was asked by Parade what her and Dean’s secret to a happy marriage is, she explained part of the reason is because they’re such good friends.

She also complimented Dean for being a “good man” and always being a kind ear to listen to her:

In an interview with People on May 3, 2016, Parton talked about why her relationship with Dean been able to work for so long. Even though they couldn’t be any more different, Parton proves the term “opposites attract” is true when it comes to them:

“We’re completely opposite, but that’s what makes it fun. I never know what he’s gonna say or do. He’s always surprising me.”

4. How She Knew She’d Never Find Anyone Else Like Him

hile speaking to Parade about Dean, Parton discussed how he’s never been jealous, even though she’s a global superstar.

Parton said it’s reassuring to see how secure Dean is with himself, which makes her love him even more:

“He understands me, he gets me. He’s very secure within himself. He’s never been jealous. It’s a great compliment to me. This is his statement: ‘Well, hell, I know it’s not easy out there. I’d feel less about any man that didn’t fall in love with you.’ So that’s his attitude. Because of that, I realize I’d never find that again in anybody. He loves me and I love him.”

3. The Time She Shared The Kind Things He Does

When she isn’t on the road, Parton enjoys spending time at her Tennessee home with Dean. During an interview with Mirror, she spoke about how his small acts of kindess that make her fall in love with him all over again:

“It’s all about the sweet little things he does like picking flowers for me, making my coffee in the morning. He is incredibly thoughtful and we love each other for all the same reasons.”

2. When She Talked About Their Travels

Parton and Dean often enjoy going on small trips in their RV in Tennessee and the surrounding states.

While speaking to People about her husband in 2015, Parton talked about their vacations, and the happiness they bring to her and Dean:

“We like to get out in our little RV and just be simple. I love to read, I love to cook, I love to be with my husband. I put on my little comfy clothes – I call them my baby clothes – and we just relax.”

1. Why She Knew They’d Last

While speaking to Xpose about her marriage to Dean, Parton explained that she meant every word she said when she vowed to be with him “till death do us part.” She said she always knew they would be together forever, something they’ve proven by celebrating their 50th anniversary this year:

“I feel lucky and blessed. I never doubted for a minute that we would be married 50 years as long as we were both alive.”

It’s clear from the way Parton talks about her husband that he is the perfect one for her, and that she’s still madly in love with him.

After more than half a century of happiness together, we’d like to congratulate Parton and Dean on their  anniversary, and wish them many more joyful years to come.