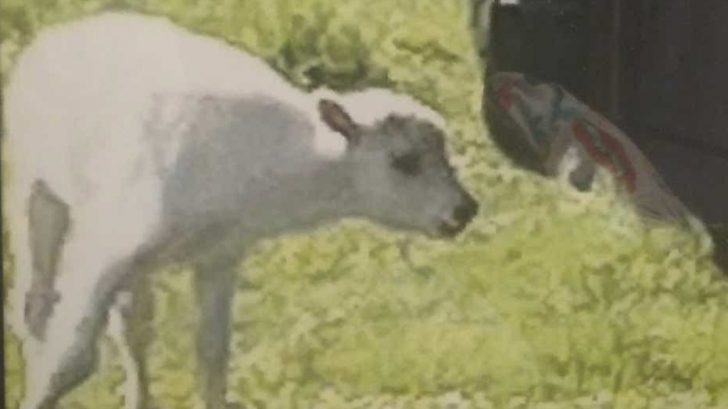 On August 29th, 2020 in Lolo, Montana, seven Native American tribes gathered together to honor an unusual birth. The birth of a rare white female buffalo calf at the Bitterroot Valley Bison Ranch.

Carol Dubay, the Native American matriarch of the Confederated Salish, Kootenai, and Pend d’Oreille tribes had the chance to see the calf in person and shared that it looked “strong” with Great Falls Tributes.

“She was so happy. She was frolicking and dancing. The buffalo are calling, and we are honored,” Carol stated.

All tribes who participated in the celebration ceremony agreed it represents a symbolic message from the Creator, which they shared with Great Falls Tributes. Some considered this birth as a sign to spread love and a warning for the current corrupt world.

“I think the reason the Creator sent this calf here is because of all the injustice that’s been done. Our country is in serious chaos.” Glenn Gopher, who conducted the ceremony, explained. “Love and respect are what’s missing in this country.”

On the other hand, men and women in several different tribes were happy that the baby buffalo is a female. They believe it is a positive sign for women to be strong and that women should access positions of power.

“(My daughter’s) spiritual name is The White Buffalo Woman, so it was wonderful for her to be connected to this moment,” Mary Gopher Parenteau, who led the women’s pipe ceremony said.

Selling a white buffalo can be lucrative for ranchers because farmers are willing to pay a large amount of money to breed a white bull and white cow.