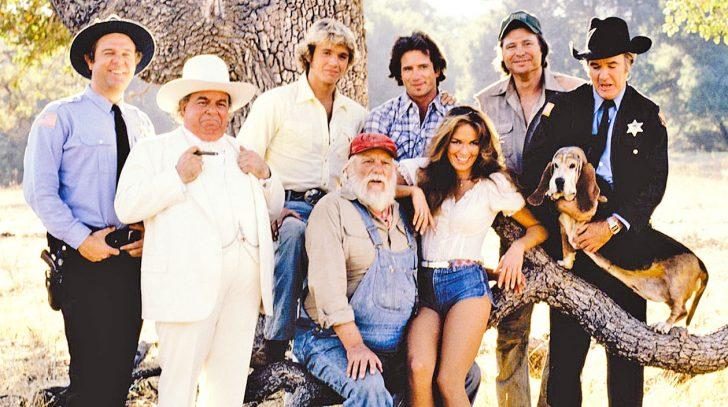 Over the course of six years, countless viewers tuned in to watch action and comedy unfold in the popular TV series The Dukes of Hazzard. After 146 episodes, viewers developed a real attachment the show’s characters, especially Bo, Luke, and Daisy Duke. And who could forget the Duke boys’ trusty car, the General Lee?

The show was so influential that its legacy continues to live on decades after it wrapped up. The series inspired a spin-off, animated series, two reunion movies, and a 2005 remake film. It goes to show that after all this time, people still go wild for The Dukes of Hazzard.

But as popular as the show was, we doubt you know every last detail about it. We’ve put together a list of seven lesser-known facts about the show that may change everything you thought you knew! Click the button below to begin.

1. Bo Duke’s Real First Name Is Quite A Mouthful

Everyone knows the two main characters of The Dukes of Hazzard as Bo and Luke Duke. Even those who have never seen an episode of the show could probably name both Duke boys without any trouble.

But if you asked even the most diehard Dukes of Hazzard fan, it’s likely even they would stumble over what the Duke boys’ real names are. It turns out that they boys’ first names were only mentioned once in the entire series, during an episode that aired in 1979.

2. One Of The Main Actors Lied To Get The Part

John Schneider, who played Bo Duke, has revealed in multiple interviews that he basically fibbed his way into his role. He said that he was only 18 at the time that he auditioned, but he lied and told the people involved with the show that he was actually 24.

To further his ruse, John spoke in a fake Southern accent during his audition. He also walked in wearing a t-shirt and jeans and had a six pack of beer in tow. But it turns out that the whole country boy persona was an act, since John was actually from New York City.

Needless to say, John proved his talent as an actor, and he got the part.

3. There Were Hundreds Of General Lees

The Duke boys’ car General Lee was just as popular as any of the characters on the show. In fact, more than half of the fan mail the show received was addressed to the famous orange car!

As you would expect, the exact same car wasn’t used throughout the entire show. But we bet you never realized just how many General Lees there actually were!

Since so many cars were destroyed in the process of filming the show, anywhere from 256-321 vehicles were used throughout the series to serve as General Lee. This became difficult for the show creators, since Dodge eventually stopped making the Charger, which is what General Lee was.

Producers were so desperate to find Chargers for the show, that they would stop people they saw driving them and would ask to buy the cars on the spot!

4. The General Lee Didn’t Have Its Signature Horn At First

Everyone recognizes General Lee for his orange paint, the 01 on the side, and of course, its signature “Dixie” horn. But believe it or not, General Lee didn’t start out with that horn!

While filming the first episodes of the show, the producers decided to go on a little cruise around Atlanta. During that drive, they passed by a car that had a “Dixie” horn and they instantly knew they needed it for General Lee. They chased the driver down and got him to sell the horn to them.

Later, the producers realized that the horn wasn’t as rare as they thought. They actually could have bought it at any old auto parts store for much less than what they paid the random man!

Eventually, the General Lee’s real-life horn didn’t even make the “Dixie” sound. That was added in later during the post-production phase.

5. The Man Who Played Boss Hogg Had A Surprising Contract Agreement

Anyone who grew up watching Dukes of Hazzard learned to despise the character named Boss Hogg, who was the main antagonist in the show alongside Sheriff Rosco P. Coltrane. Played by actor Sorrell Booke, Boss Hogg was a corrupt and crooked county commissioner, the wealthiest man in Hazzard County, and Bo and Luke Duke’s probation officer.

These conditions were met, and Boss Hogg still managed to be perfectly evil without dealing drugs or killing. Sorrell ended up appearing in every single episode of the original series.

There’s a reason why we commonly refer to short jean shorts as “Daisy Dukes.” Catherine Bach, who played Daisy on the show, became an overnight sensation after viewers first saw her in her teeny tiny jean shorts on the show.

But as famous as Daisy’s shorts became, they almost weren’t a part of the show. As Catherine revealed in an interview on E!’s True Hollywood Story in 1996, network executives freaked out when they saw her wearing the shorts. They told the producers that she wasn’t allowed to wear them on the show.

It took some convincing, but the executives eventually agreed to let Catherine sport her short shorts. However, they said that she was only allowed to do so if she wore pantyhose as well so nothing was accidentally shown on camera.

As it turns out, the pantyhose placed further emphasis on Catherine’s long legs. That’s not what the executives had been hoping for!

There you have it folks! Which one of these facts surprised you the most?