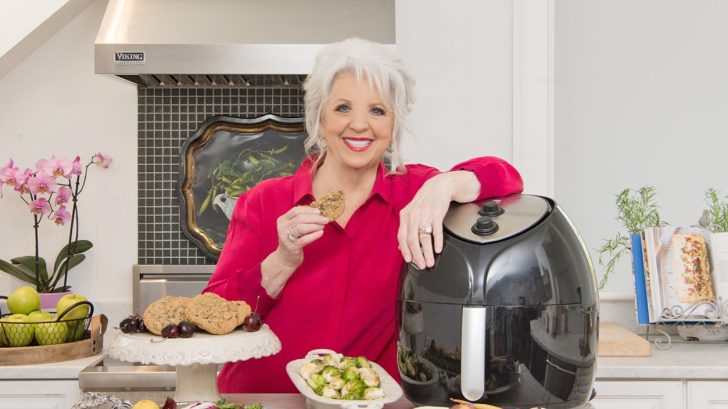 Most people recognize Paula Deen for her delicious recipes and cooking shows. Over the course of her career, the 74-year-old TV personality has written 15 cookbooks, opened two restaurants, and hosted multiple TV Shows. Behind her success are some interesting facts that most people don’t know about. Below are seven facts about Paula Deen:

1. Her career started as a catering company.

In June 1989, Deen launched her home-based catering company called The Bag Lady. She cooked and packaged delicious southern meals while her sons delivered these bagged meals for her hospital colleagues. This was the start of her professional cooking career.

The Bag Lady certainly had humble beginnings. On their website, Deen explains how she started the business:

“We started the business with only $200, and to this day, I can still tell you how I spent it, almost to the penny. I spent fifty dollars on groceries, about forty dollars on a cooler, and the rest on a business license and incidentals. While the children were out running their routes, I was in the kitchen cleaning it from top to bottom and beginning the next day’s preparations.”

3. Before her success as a chef, she tried several other gigs.

In an interview with Success magazine, Paula explained that before her cooking career she “tried hanging wallpaper, selling real estate, insurance, and working as a bank teller where she was robbed at gunpoint.

4. For 20 years she was afraid to leave the house.

After losing both of her parents by the age of 23, Deen spent the next 20 years struggling with agoraphobia, a fear of public spaces that kept her trapped at home. After 24 years of marriage, she went through a divorce and was unable to support herself. She then turned to what she knew how to do best -cooking.

5. She opened her first restaurant inside a Best Western.

Just before her divorce Deen gathered the courage to finally leave the house. It was then that she opened her first restaurant called The Lady and Sons. It soon became a local sensation and was later moved to a prime location downtown Savannah, Georgia.

6. Deen has also appeared on the silver screen.

Deen appeared in the 2005 movie, Elizabethtown with stars such as Orlando Bloom, Alec Baldwin, and Kirsten Dunst.

7. She’s won an Emmy award for her television show.

In 2007, Deen was awarded a Daytime Emmy Award of Outstanding Lifestyle Host for her show Paula’s Home Cooking. The following year she won the Gracie Allen Award for Outstanding Host.

Despite her being in a position where she could retire, Deen continues to cook and share her mouth-watering recipes.

Check out the video below for a delicious recipe for Deen’s Macaroni & Cheese.