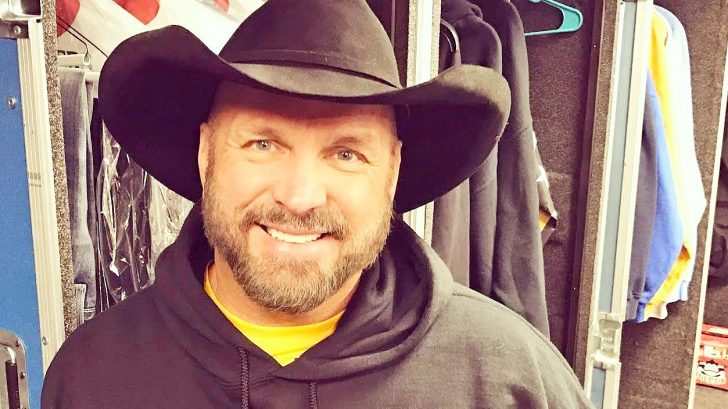 Here’s What You Do Know About Garth

In 1989 a man by the name of Garth Brooks released his debut album, and country music was never the same. Over the years, Brooks has provided us with some of the most iconic hits in country music history, including “Unanswered Prayers,” “The Dance,” and “Friends in Low Places.”

Known for his fiery stage presence, Brooks has taken home the CMA Award for Entertainer of the Year a total of seven times. He’s been inducted into the Country Music Hall of Fame, has two Grammy Awards, and is the only artist in history to earn seven Diamond-certified albums.

Of course, all of the above-mentioned facts are fairly well-known by the country music community. We’ve put together this list to share a few lesser-known facts about Brooks with y’all!

So what are you waiting for? Go ahead and get started!

You read that right. The man you know as Garth Brooks wasn’t born with that name!

Garth is still part of Brooks’ name, but it’s his middle name instead of his first. His full name is actually Troyal Garth Brooks, after his father, Troyal Raymond Brooks Jr.

We think Garth just has more of a ring to it, don’t you?

2. He Has A Master’s Degree

Brooks was an accomplished athlete when he was younger, and was the recipient of a track and field scholarship to Oklahoma State University. He graduated from there in 1984 with a degree in advertising.

27 years after obtaining his Bachelor’s, Brooks received a Master’s in business administration. He went through Oklahoma State to earn this degree as well, and even attended the school’s graduation ceremony!

3. He Once Offered His Liver To Another Country Singer

Brooks had a great admiration for country singer and rodeo star Chris LeDoux. This is something that fans have always known, since Brooks’ debut single, “Much Too Young (To Feel This Damn Old),” mentioned LeDoux by name.

But what few fans know is that Brooks once offered part of his liver to LeDoux. When LeDoux was in need of a transplant, Brooks underwent testing in Tulsa to see if his liver was compatible. However, the doctors said that Brooks couldn’t be a donor because his liver was too small.

LeDoux eventually received a transplant from another donor, but died due to complications from liver cancer in 2005.

4. One Of His Meet-And-Greets Lasted Almost A Day

Brooks has always been devoted to his fans. He goes the extra mile to make fans feel special at his shows, offering them personal serenades and giving them his guitar as a souvenir.

But Brooks made the ultimate show of dedication to his fans during the Fan Fair festival (now CMA Fest) in 1996. Without taking a single break, Brooks held a 23-hour meet-and-greet for his fans at the event.

The reason why the meet-and-greet lasted so long? Brooks wanted to make sure that every fan in line received an autograph from him. Bet those fans will never forget that day!

5. He Has Sold More Records Than Elvis

Even decades after his death, Elvis Presley remains one of the most popular singers in the world. But many are surprised to learn that he’s not as popular as Brooks.

Brooks has sold a total of 148 million records in the U.S., while Presley has sold 136 million. That means that Brooks is currently the best-selling solo act of all time in the U.S.

The Beatles are the only ones to sell more albums than Brooks in the U.S., with 178 million units sold. However, the Beatles only have six Diamond albums, while Brooks has seven!

Note: the above video about Brooks’ album sales was published in 2015.

6. His Music Has Been To Outer Space

There aren’t many artists who can say that their music has been played in outer space. But Brooks can!

In November 1995, Col. Bill MacArthur took a copy of Brooks’ greatest hits album The Hits with him when he visited the Russian Mir space station. Looks like Brooks has friends in some pretty high places!

7. He Became An Opry Member In Less Than Two Years

Anyone who follows country music knows how important the Grand Ole Opry is to artists. Many dream of being inducted as a member, and work for years to prove their worth to the Opry.

In Brooks’ case, it took no time at all to convince the Opry that he was worthy of membership. Just 18 months after the release of his debut album, Brooks was inducted into the Opry as its 65th member on October 6, 1990.

Brooks’ life has been quite eventful so far! Which of these facts about him surprised you the most? Let us know in the comments!