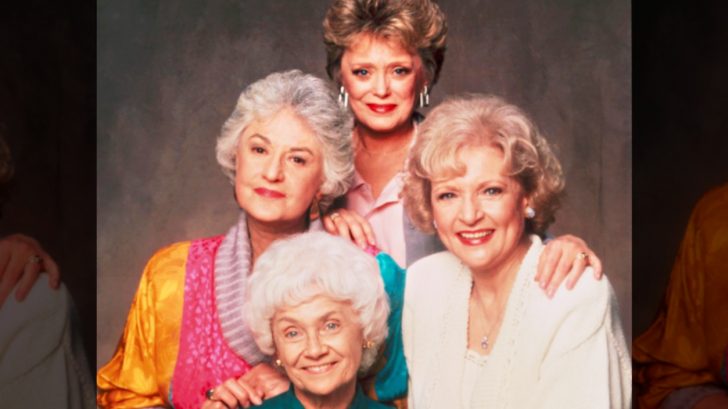 The Golden Girls followed four mature women who share a home in Miami. The television sitcom ran for seven seasons before eventually coming to an end in 1992.

Here are seven on-set facts that most fans do not know about the show!

Estelle Getty was only a year younger than her on-screen daughter.

During the first season of The Golden Girls, it took 45 minutes for the makeup department to turn Getty into Sophia Petrillo. The transformation process became even more complicated when Getty returned for season two with a fresh facelift.

The kitchen table only had three chairs.

Over the years, fans pointed out that even though four women lived in the Miami house, only three chairs sat at the kitchen table. The kitchen setup was entirely due to filming restrictions. The showrunners also always placed Bea in the center chair because of her height and hilarious facial expressions. Every other character’s placement at the table varied due to the situation.

NBC did not want to cast Bea Arthur.

While the role of Dorothy was written with Arthur in mind, NBC was initially against casting the actress. The then-NBC president Brandon Tartikoff believed that Arthur was not “lovable” enough in terms of audience appeal. Instead, Elaine Stritch was a contender for Dorothy, but she missed her shot after improvising dialogue and dropping an “F” bomb at her audition.

Arthur’s ears were not pierced.

Arthur wore a lot of flashy earrings on the show, all of which were clip-ons. Arthur loved the way the earrings looked on, but her ears were numb with pain by the end of each day of filming.

Blanche’s Miami home was not located in Florida.

Officially, the four women lived at 6151 Richmond Street in Miami, Florida, but the exterior shots of the house were of a home in Los Angeles. According to real estate records, the real-life home has four bedrooms, four bathrooms and is valued at 4 million.

Arthur stood at nearly 5’10”, and due to her height, she never wore heels in her personal life. By the time “heightism” in the industry was no longer an issue, Arthur still preferred flats. After years of forgoing heels, the actress found that she could not walk in even small lifts.

Relive some of The Golden Girls funniest moments in the video below!